The first photograph gives some idea of the atmosphere of Newgrange before it was excavated.

It is hard to appreciate the fine circle surrounding the famous tourist-attraction, because of the razmatazz of the pseudo-authentic entrance to the tomb,
the visitor centre, the guides, the buses, the ticket-booth and all those things that cheapen the place for the brief bemusement of gawpers
who mostly know little about Ireland and less about prehistoric Europe - and go away knowing very little more.

The circle was erected (probably by the same 'ethnocultural group' who erected the circle at Ballynoe)
after the tomb was built, perhaps to incorporate it into a new form of sanctity,
as old churches in Ireland were taken over from the Celtic rite first by the Roman orthodoxy,
then later by the Anglicans. 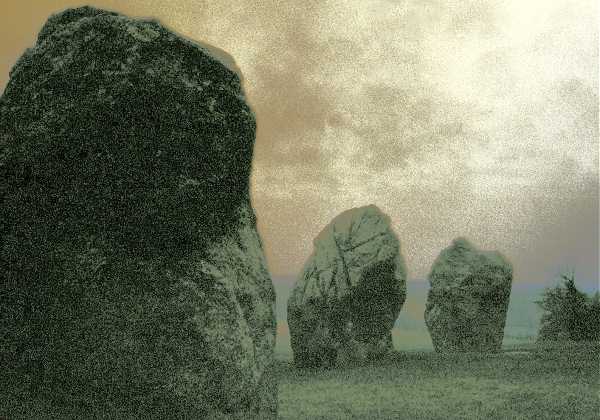 Another view of the (now incomplete) surrounding circle. 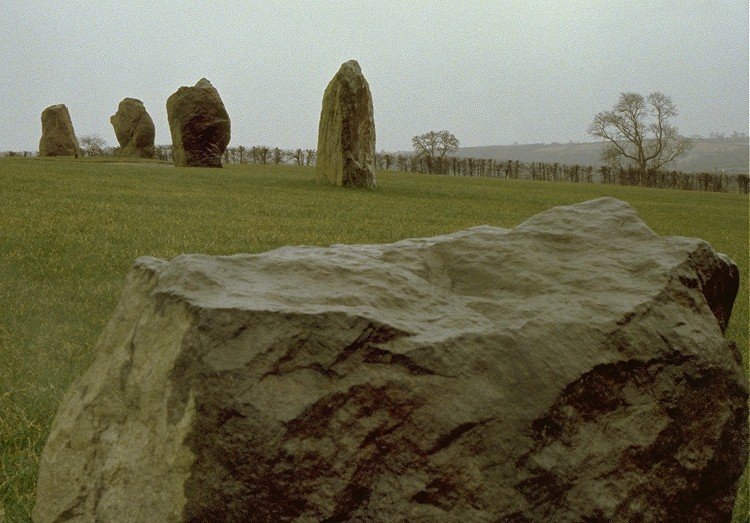 Winter Solstice, 2007: sunrise over one of the outliers... 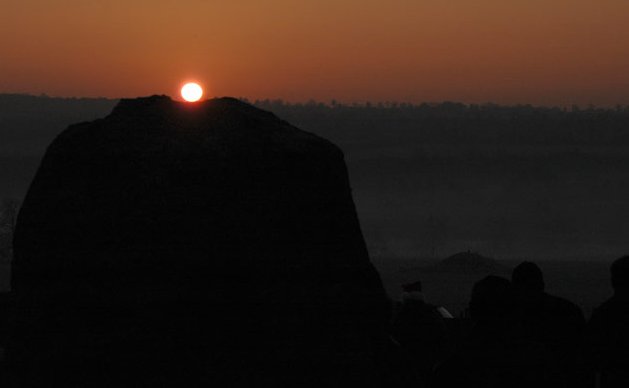 Cairn B looking peaceful and unviolated. 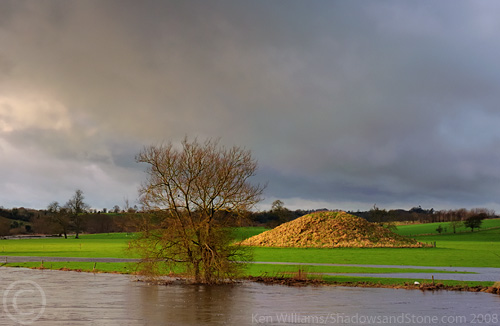 A decorated standing-stone at the base of the hill below the entrance to the present Newgrange 'compound'. 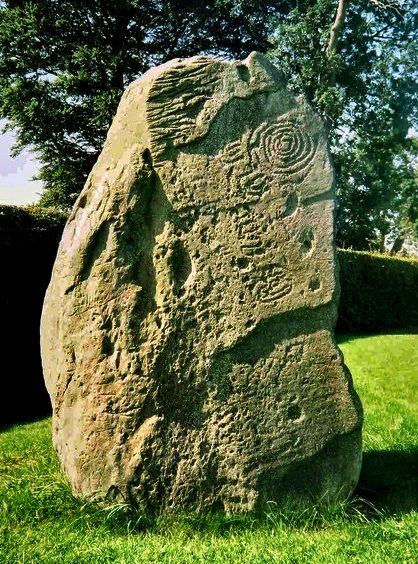 click on a picture to see Newgrange before Disneyfication

click here to see pictures from the Winter Solstice 2011