The central megalithic kist photographed in 1973, before excavation.
There is worn decoration on the right of the front edge of the capstone,
and on the inside face of an orthostat.
This tomb has been dated to around 3000 BC. 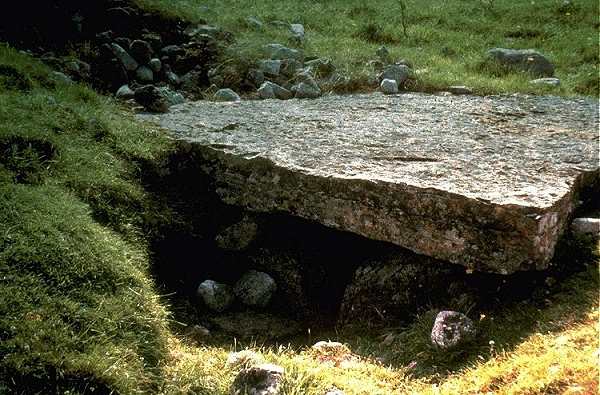 Kist-tombs were built from earliest times right through the Bronze Age.
Below is a much later and smaller typical kist-tomb with its contents preserved in the National Museum of Ireland.
This kind of stone box usually contained a crouched burial and a pottery vessel
which held a ritual meal of porridge or gruel for the journey to the Otherworld. 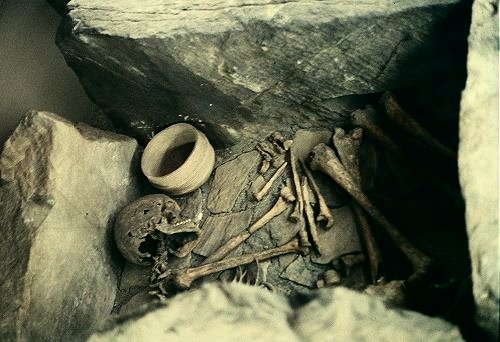