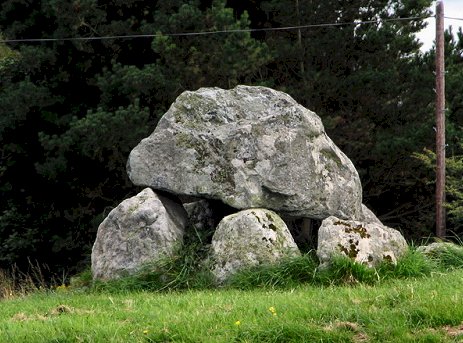 The "necropolis" or Sacred Landscape of Carrowmore is dominated by the huge "Maeve's Cairn" on the flat-topped hill of Knocknarea.
Many of the dozens of humbler passage-tombs on the land below had cairns set inside rings of boulders.
There was a development from the earliest and most intimate form of passage-tomb (with boulder-kerb)
to boulder-circle (surrounding a cairn or boulder-burial) to the earliest stone circles proper
- which were being built in this cold climate at about the same time as - or even earlier than - the high point of Sumerian power in Iraq. 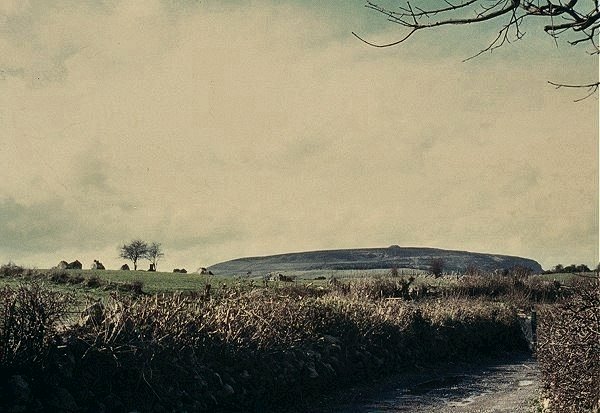 Knocknarea from the West. 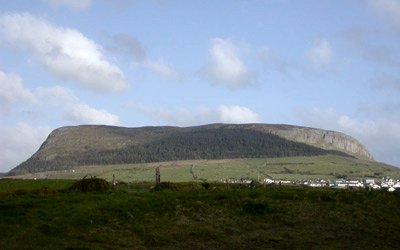 One of the caves on Knocknarea, similar to the passages of intact tombs at Carrowkeel and elsewhere. 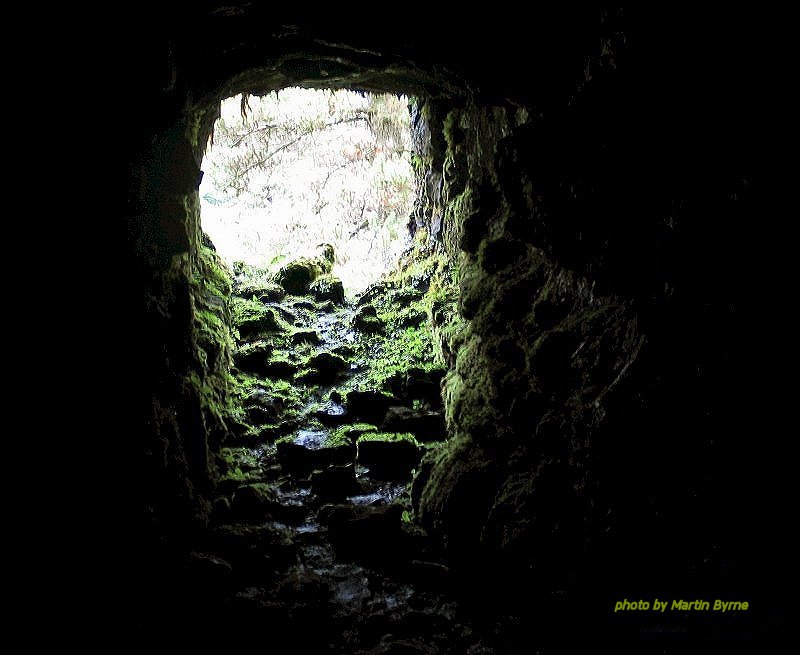 The quarrying which has already swallowed up several tombs. 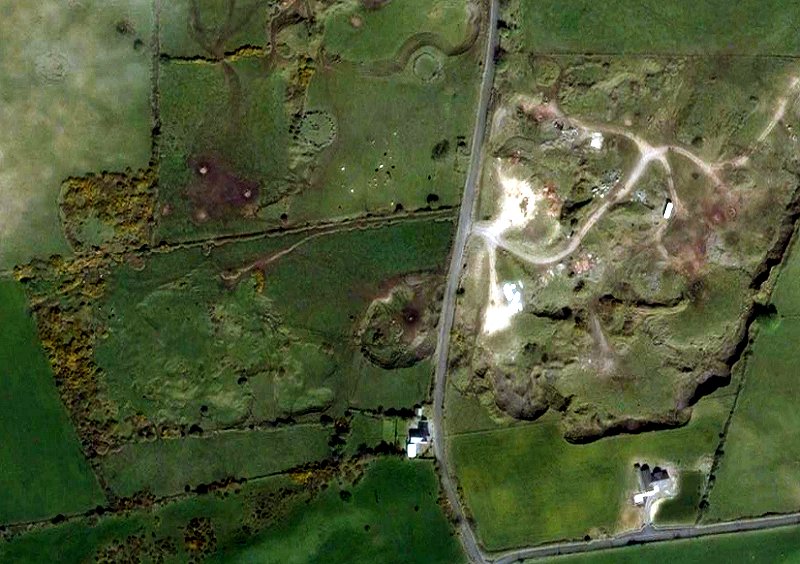