The small village of Wéris (or Werix), ESE of Dubuy in the Belgian province of Luxembourg,
has two of the country's very few megalithic tombs, and most of its menhirs.
Despite these being the village's main claim to fame, it is quite difficult to find the megaliths and natural features
which form a ritual landscape - apart from Wéris Dolmen 1 which is by the roadside approaching from the NW.
This tomb is disgraced by an ugly kerb of discrete concrete kerbstones and unusually large electricity poles.

The gallery of this allée couverte has a broken 'kennel-hole' door-stone, and the entrance was originally enhanced
by a short avenue of fairly low stones which would have been a ritual space rather like the courts in Irish court-tombs. 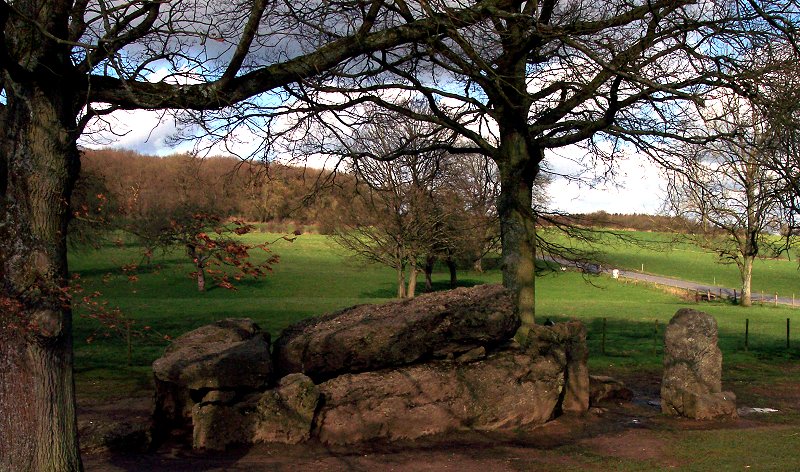 Views from the SE and S. 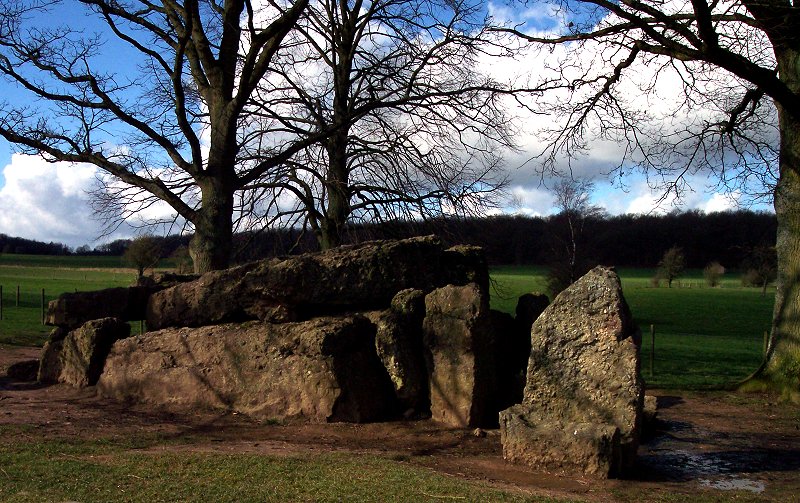 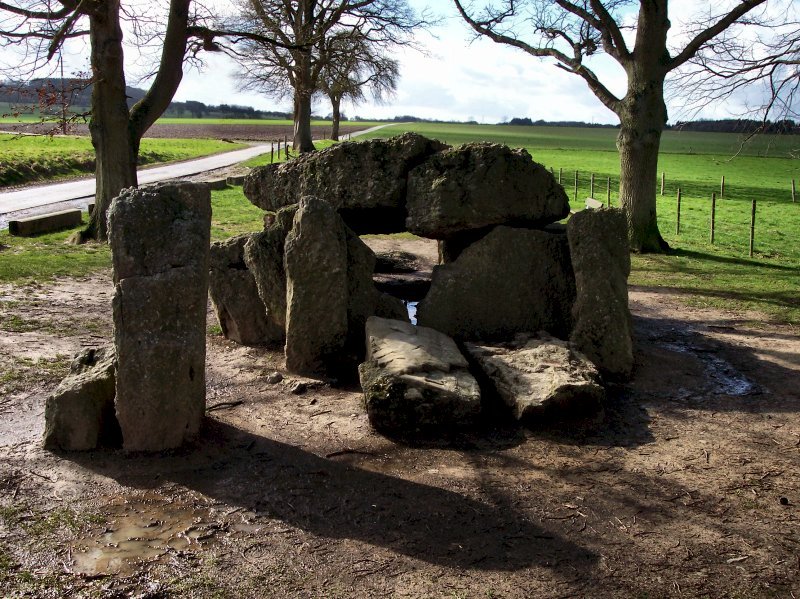 A large concrete electricity pole has been airbrushed from these photos, taken from the NE. 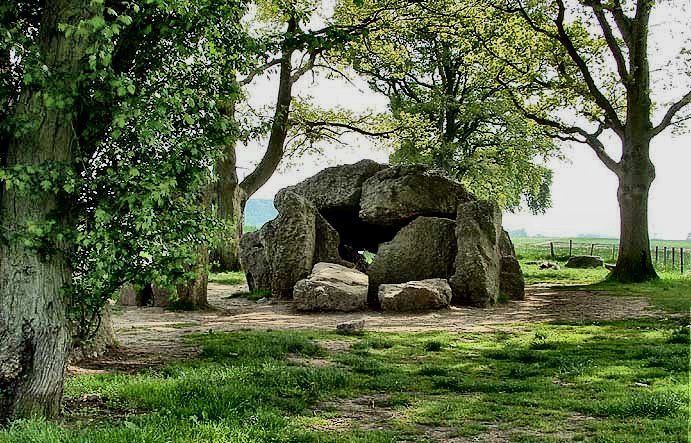 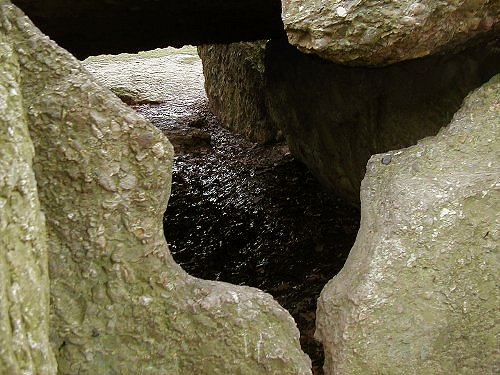 Detail of the broken "kennel-hole" entrance slab.
Note the fragments of shell in the pudding-stone. 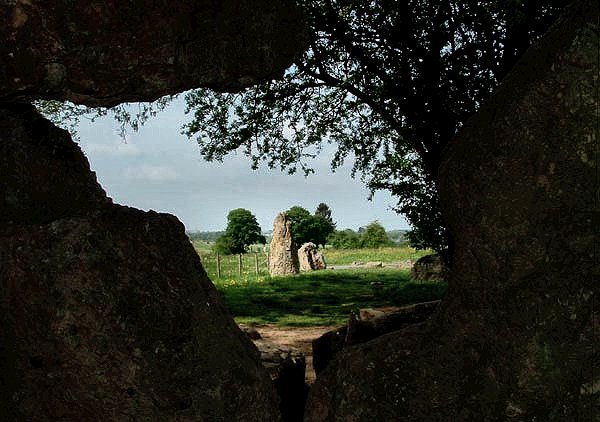 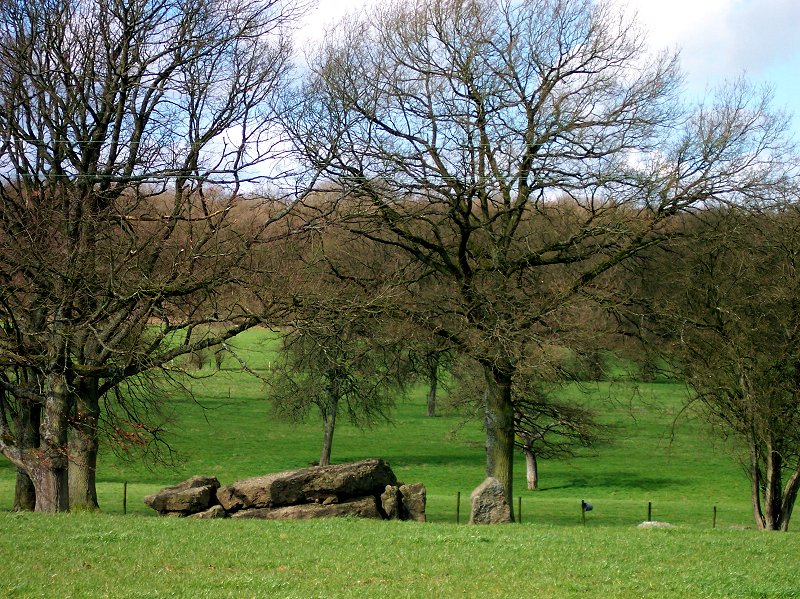 View from higher ground to the SE. 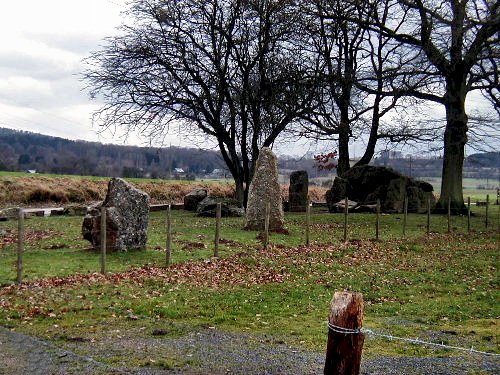 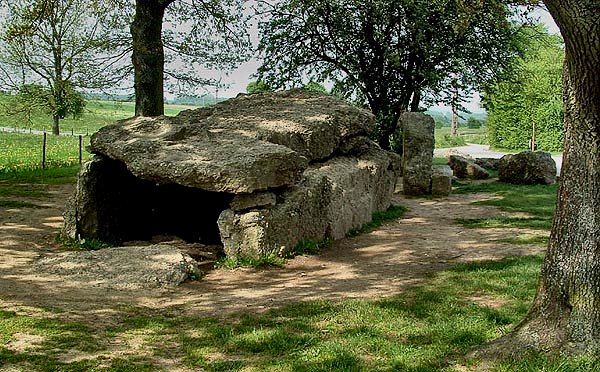 View from the South-west.

The stone of the region is a conglomerate or pudding-stone which was obviously attractive to the builders of these tombs
(as it was up to the First World War when it was quarried and dragged by horses to the railway station,
and on to make liners for industrial kilns).
The other attraction of Wéris obviously was that two of the more prominent 'menhirs' and another strange stone called
Satan's Bed (Le Lit du Diable) are natural phenomena, which may have inspired a kind of 'cult' of standing-stones in Southern Belgium.

The quarry from where the megalithic conglomerate came can still be seen, and is roughly indicated on the map contained
in the poorly-photocopied booklet
"Wéris, capitale belge des mégalithes", available from the Megalith Café and Museum in the village.
This map makes it only somewhat easier to find the various monuments!

The most impressive 'menhir' is the Pierre Haina, a striking natural feature
which overlooks Wéris 1 and a large landscape. 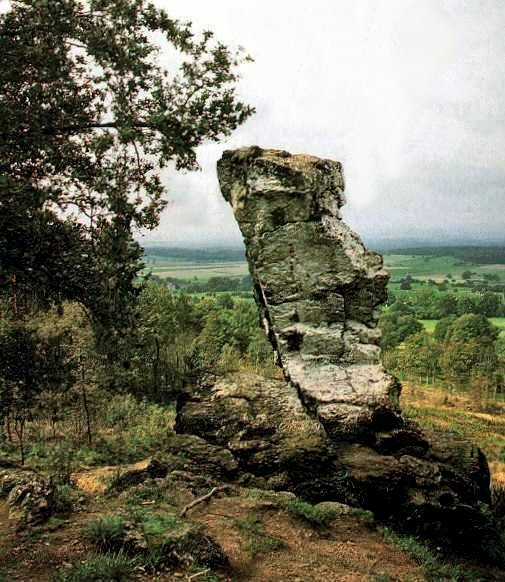 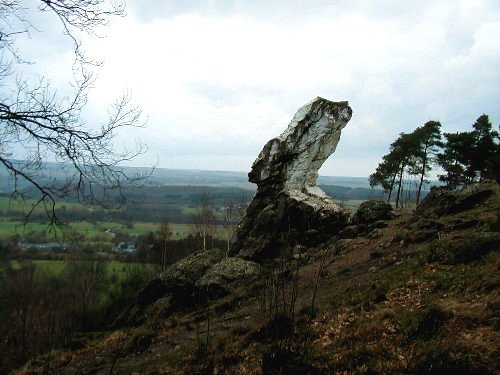 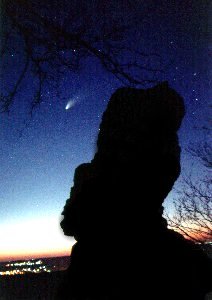 A picture of the Pierre Haina taken during the passing of the Hale-Bopp comet in 1997.

A short distance sout of it is Le Lit du Diable or (in the local dialect) Li Paillasse dè Djåle:
"Satan's Bed", an intriguing boulder which looks as if it has been partly worked by human hand. 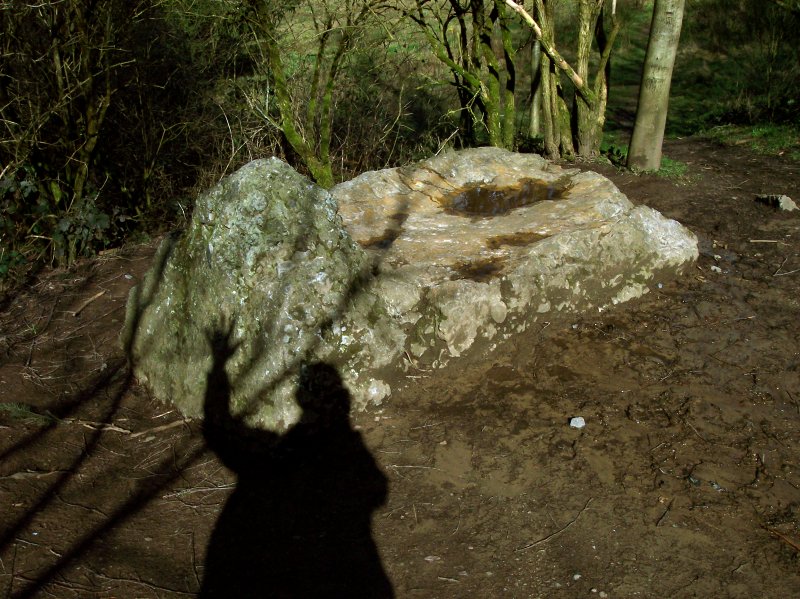 For other stones and tombs around Wéris, go to