In the front garden of No. 109 Ballyculter Road at Churchtown in Ballyculter Upper, 40 metres from the road-junction,
this natural rock-outcrop decorated with two worn sets of concentric circles is best seen when wet.
The set on the left has a remarkable ten rings, while the other has six:
an example of the overlap of passage-tomb art with Bronze Age rock-scribings or petroglyphs. 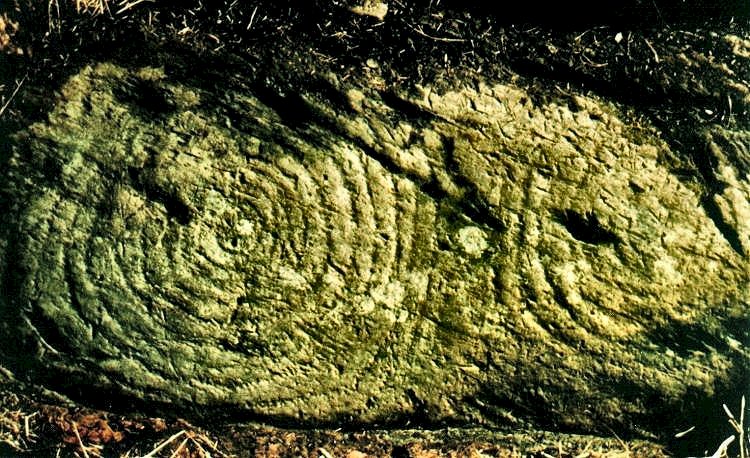 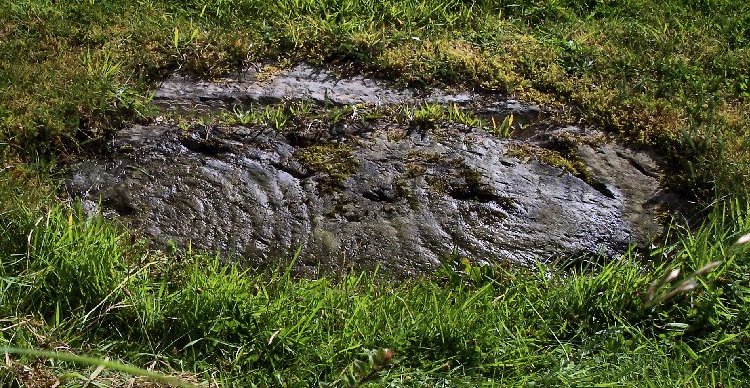 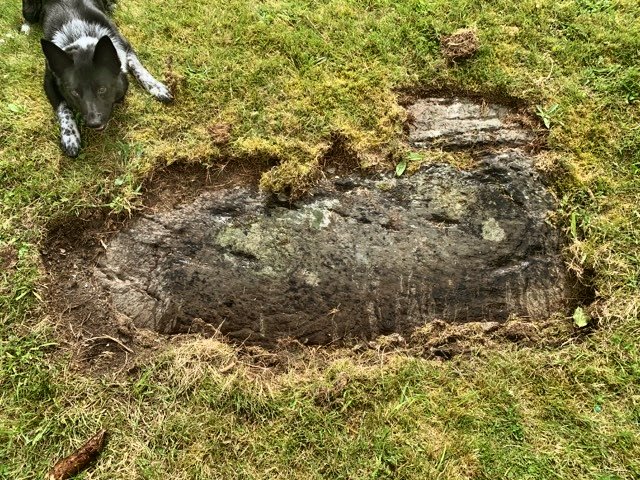 A negative of the rubbing of the left-hand part of the rock - taken in 1979. 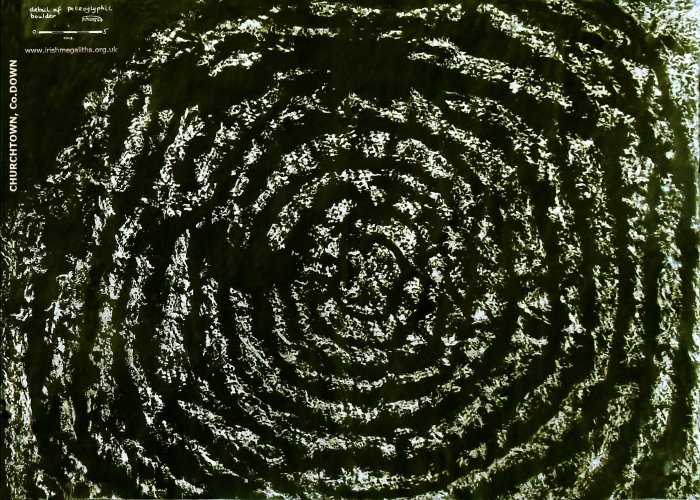 5 km WSW (J 5263 4577) are the more typical Bronze Age petroglyphs of Ballystokes.
There are at least seven cup-and-ring marks and many more cup-marks. 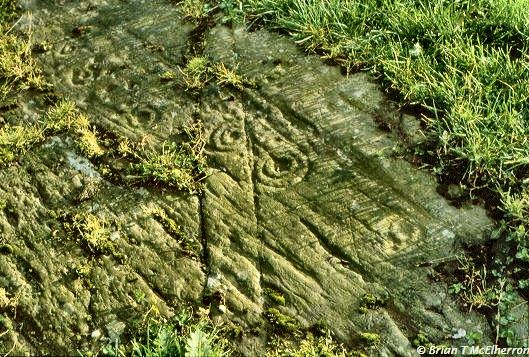 Some of the carvings have double rings with a channel leading from the cup out through the rings. 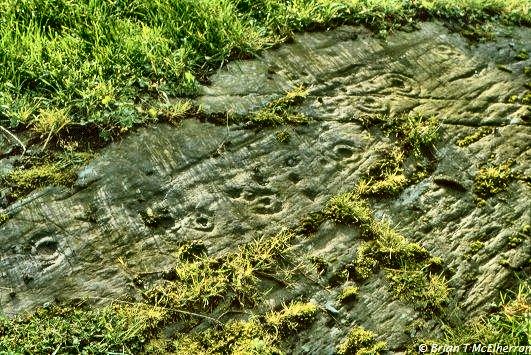 The site is overlooked by the megalithic kist or passage-tomb on Slievenagriddle. 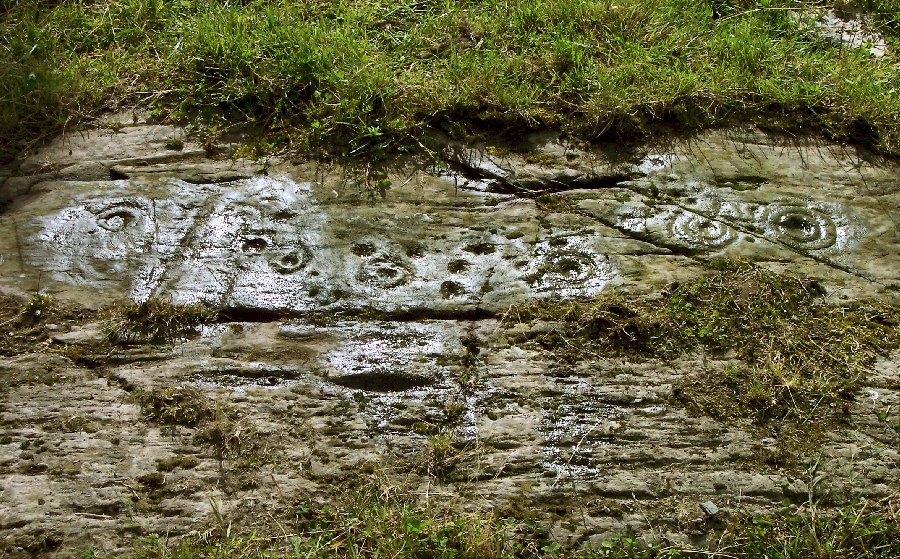 A view of the petroglyphs with the Mountains of Mourne in the distance,
directly in line with the bedding-plane of the rock. 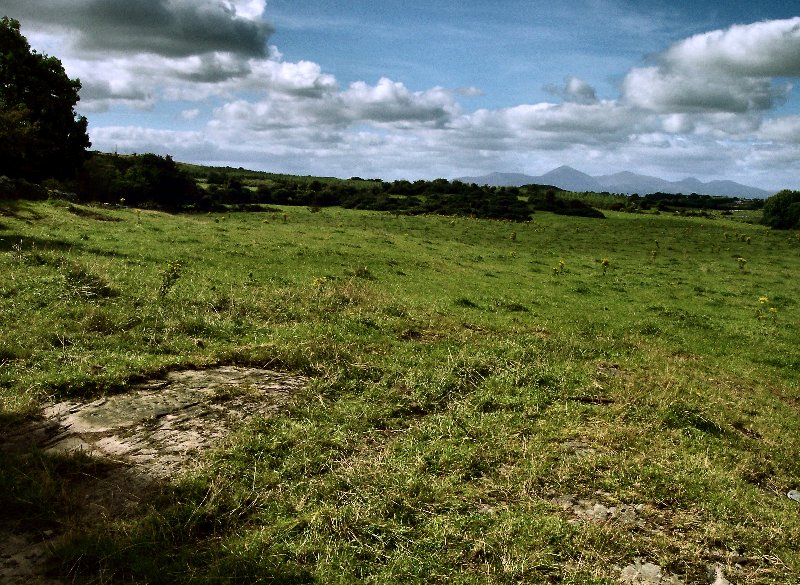 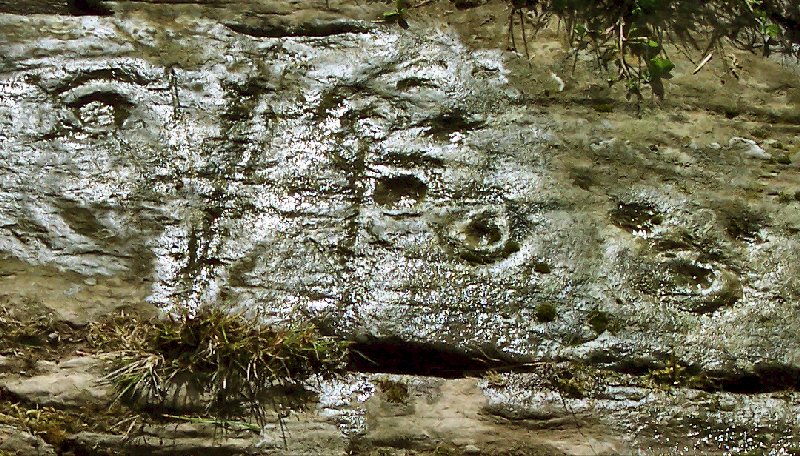 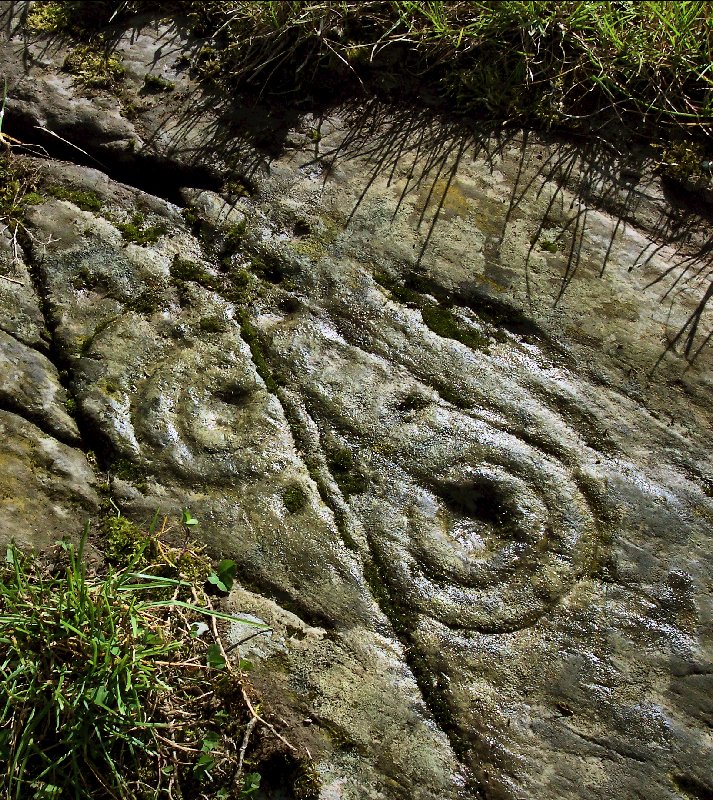 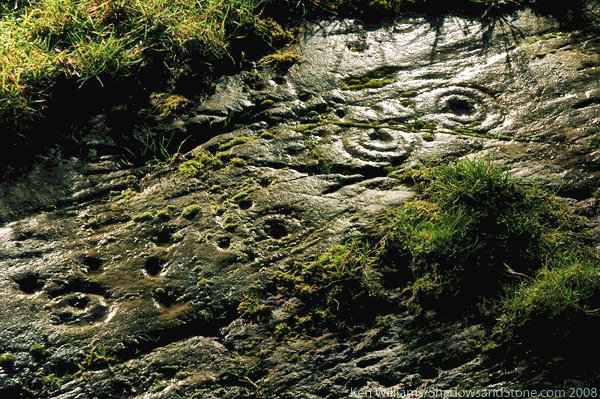 Between Churchtown and Ballystokes is the partly-surviving stone circle at Castlemahon (J 552 470)
- the only example of a Bronze Age stone circle in this area of Ireland
which has many puzzling and 'anomalous' monuments. In the middle distance is St Patrick's (or Saul) Hill
with an amusingly-Mussolinian statue of the saint, and in the far distance is Slieve Croob.
There is no view to the Irish Sea behind the camera. 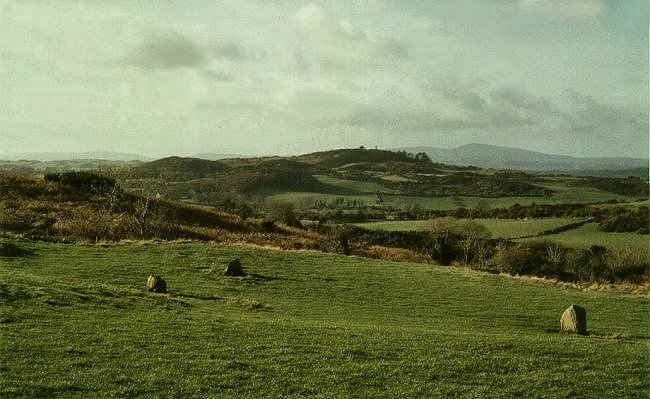 This photo was taken during 'a window of opportunity' in 2003, when the stones were not hidden by gorse and bracken.
I could not find them at all in 2007!