A rare example of a large megalithic kist - a smaller example of which can be seen
at Drumena, not far away in county Down. 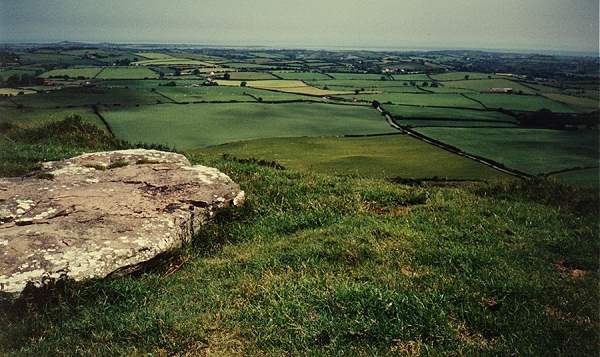 A winter view, looking towards the Mountains of Mourne.
On a line between Slievenagriddle and the highest of the mountains lies Ballynoe Stone Circle -
from where, however, Slievenagriddle is not visible. 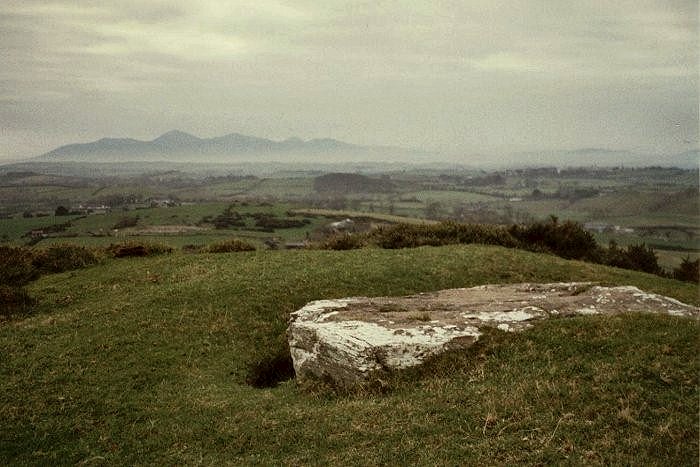 In late February 2002 the owner of the land took a spade to the megalithic kist. 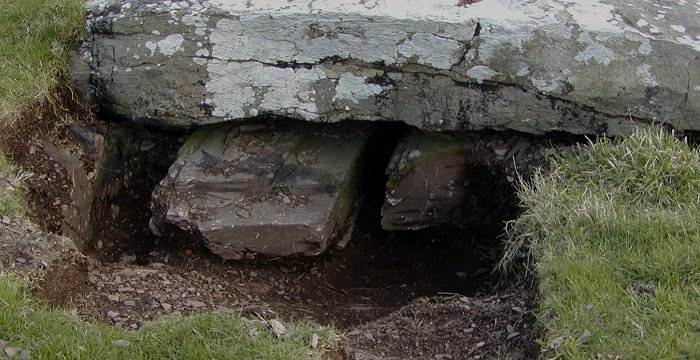 The picture below, by the early antiquarian W.F. Wakeman, seems quite mysterious,
because it bears no relation to what can be seen at the site today.

It is, in fact, Ballyalton court-tomb
(which lies close to the road at the base of Slievenagriddle, thought at the time to be a stone circle,
and now surrounded by impenetrable thorn-thicket)
- but Wakeman has placed it at the top of the hill in this drawing. 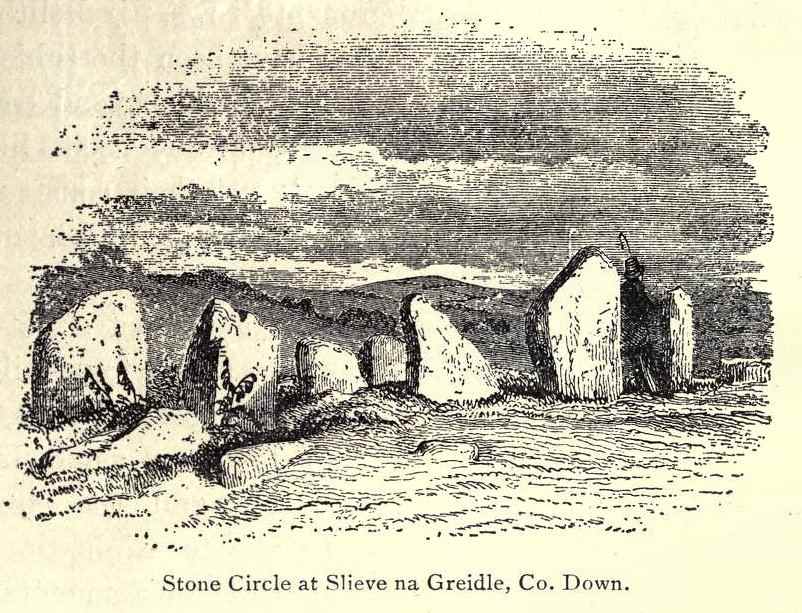 The quartzite boulder on the hillside facing the Ballyculter road, with Lough Money on the right.
The picture shows a typically-denuded Irish landscape - and the grim paucity of roadside wild-flowers in April 2015.
The tomb-cairn is immediately to the left of the copse of conifers on the hilltop. 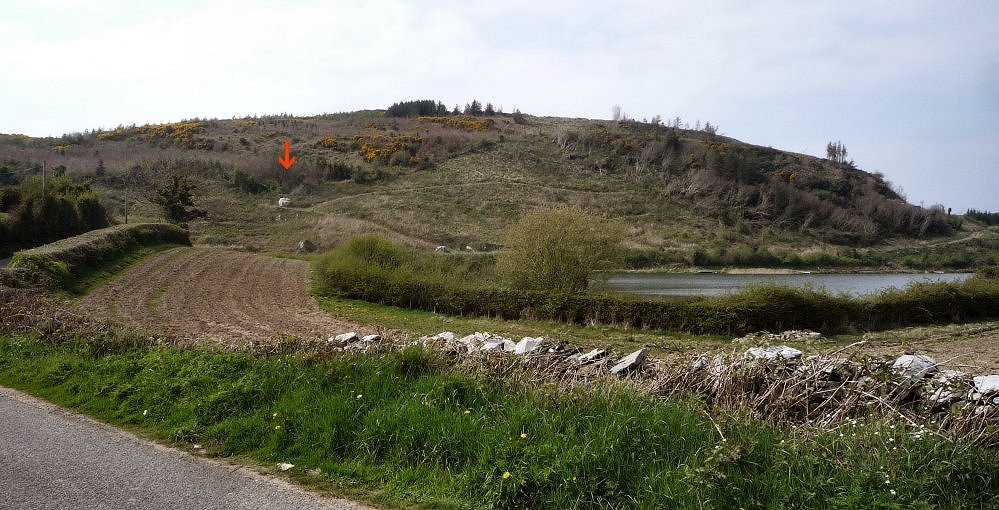