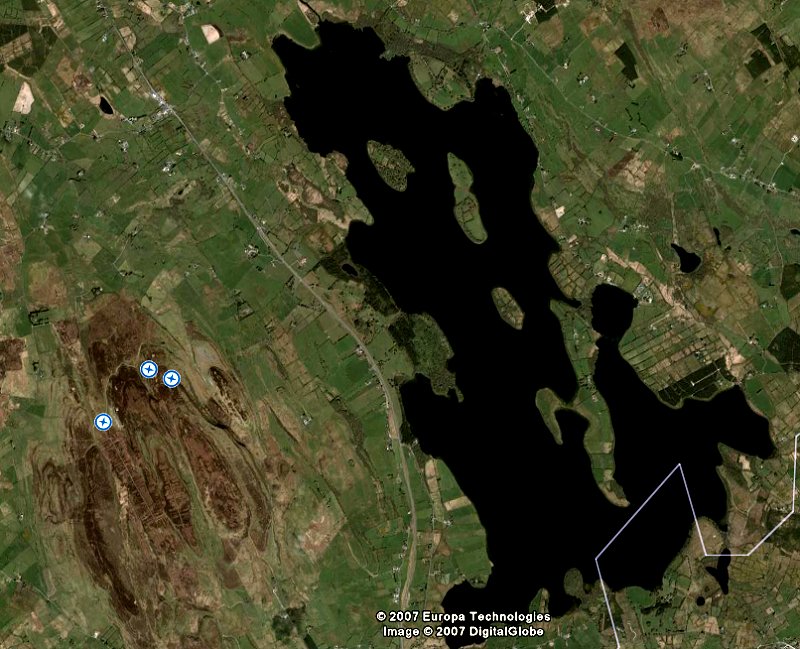 Cairn A, on Tully Hill, photographed by Martin Byrne.
Knocknarea in the distance, and, on extreme right, Ben Bulben.
Between them the faint shadow of Slieve League in Donegal can be seen.

Cairn B from below, photographed by Ken Williams. 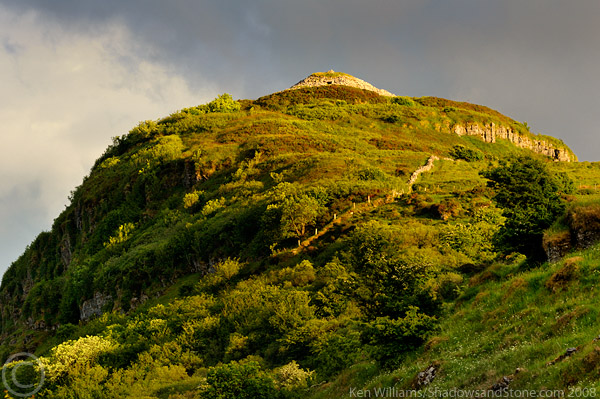 With Cairn F in the background. 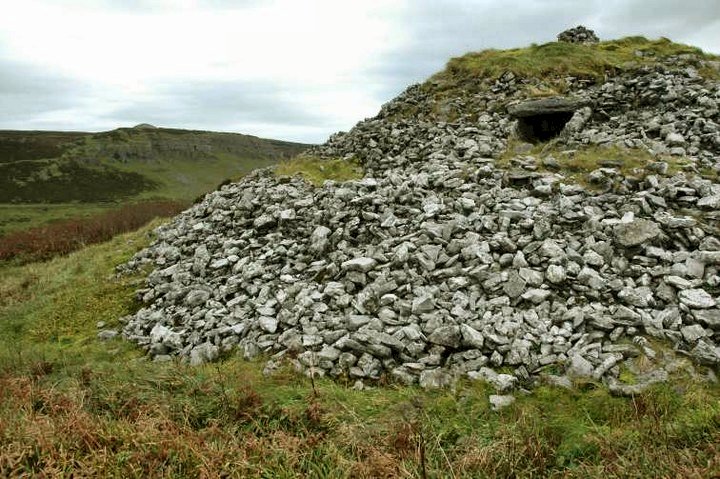 Another view of Cairn F - by Martin Byrne- with Knocknarea to right of centre.

The entrance to Cairn B. 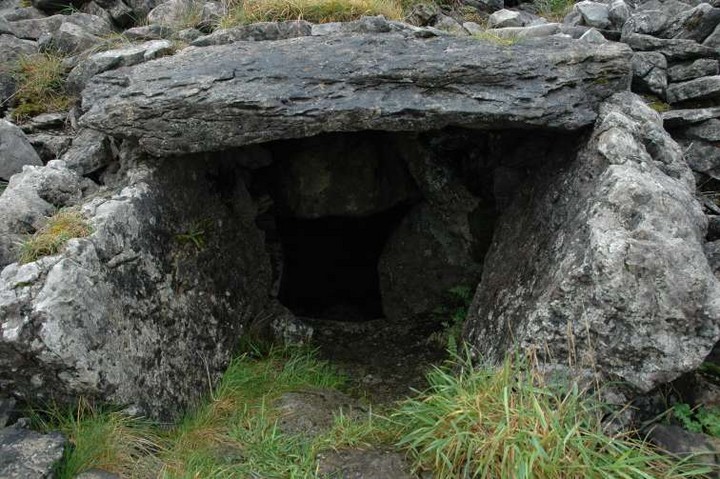 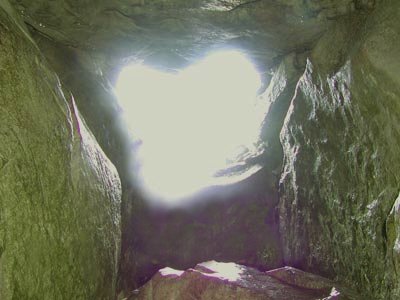 The denuded passage of cairn C. 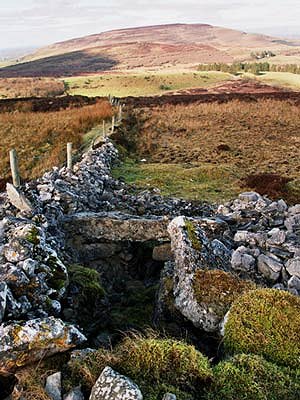 Cairns B (on the horizon) and L, viewed from cairn K (with exposed roof-slabs). 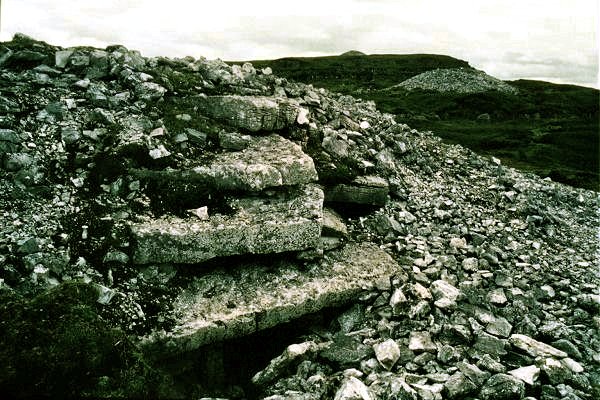 The light-box and entrance of cairn G seen from within. 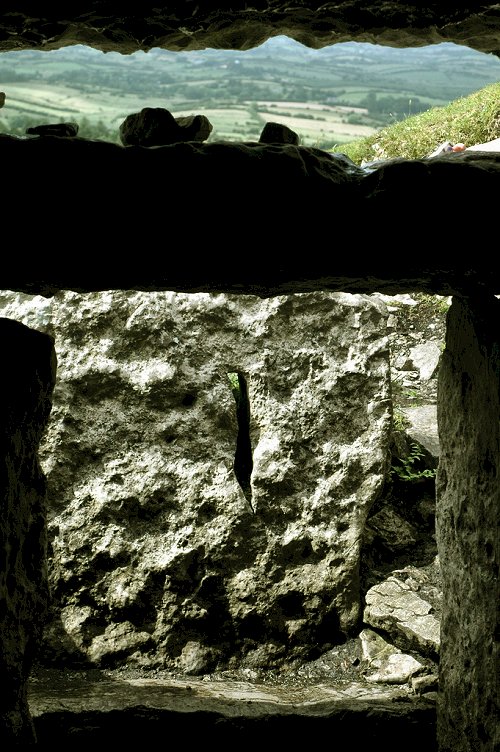 Cairn G from the front. 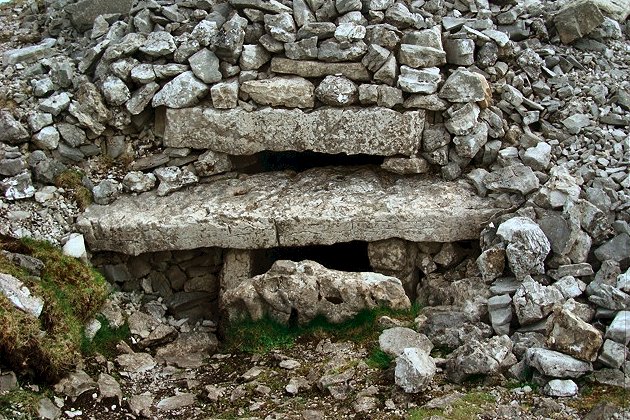 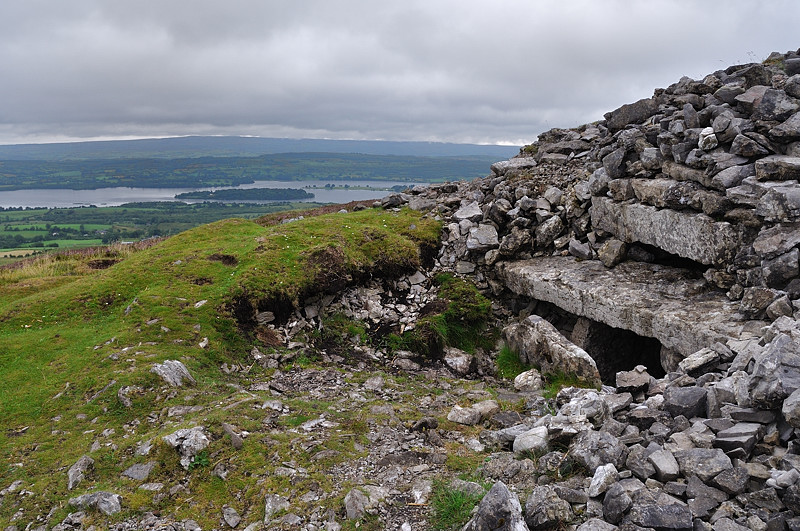 ...and the entance to Cairn H. 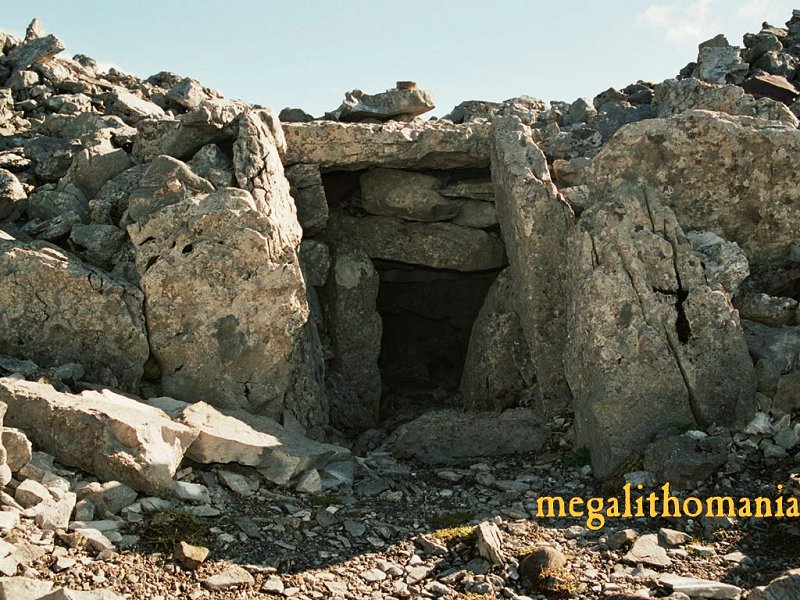 Part of the chamber and passage of Cairn K. 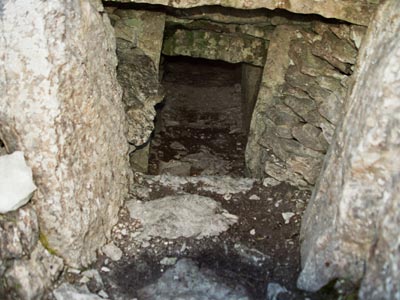 The roof and entrance of Cairn K, also from within the chamber. 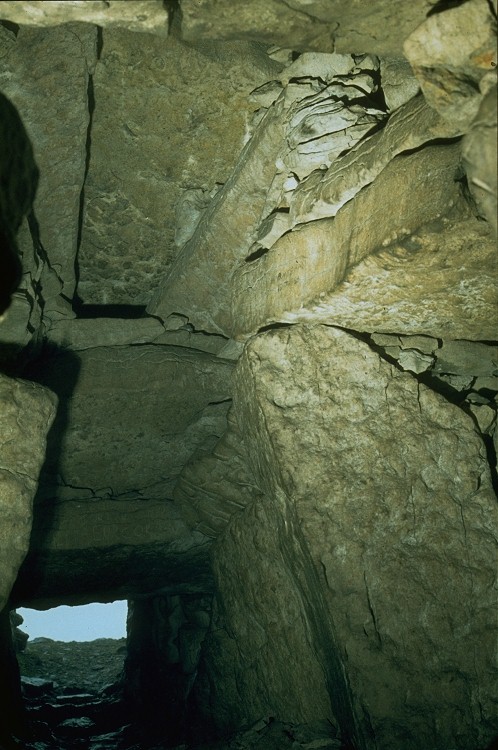 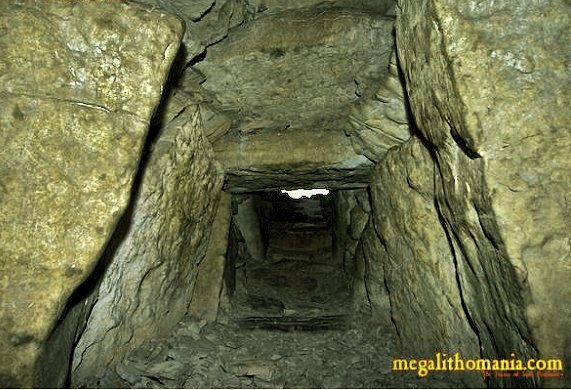 The entrance to Cairn K. 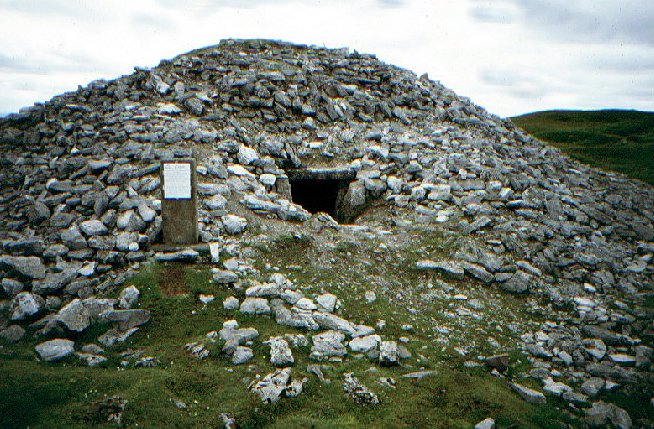 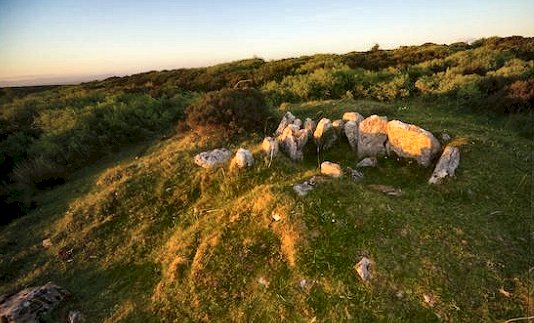 A peat-cutter at Carrowkeel in the early 1970s,
with Maeve's Cairn (Carrowmore) in the far distance, right. 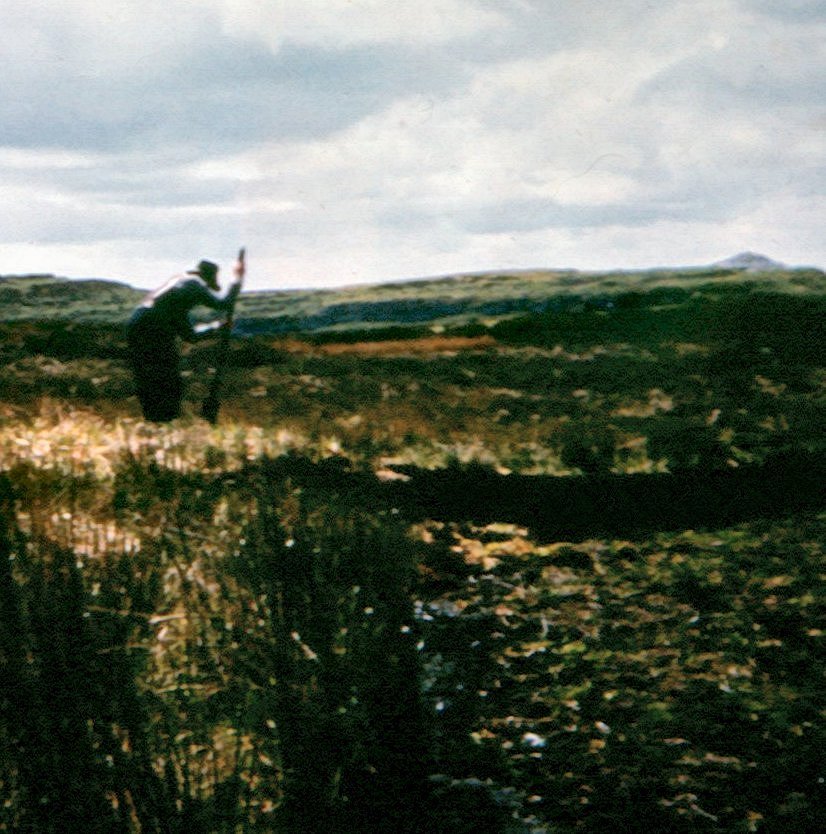