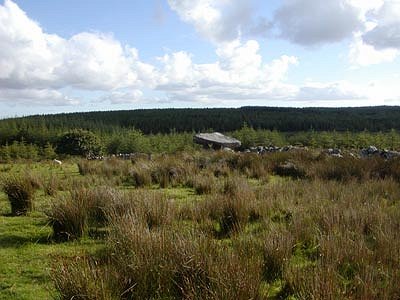 The Giant's Griddle
has a fine slab-like capstone 2.8 metres long, tilted appropriately and resting on 2 well-matched portal-stones about 1.5 metres high
(between which is a low 'half-door' stone) and only just resting on the backstone.
One of the sidestones has disappeared - allowing this view into the chamber
which was taken around 1975 before wretched and soulless conifer-plantation. 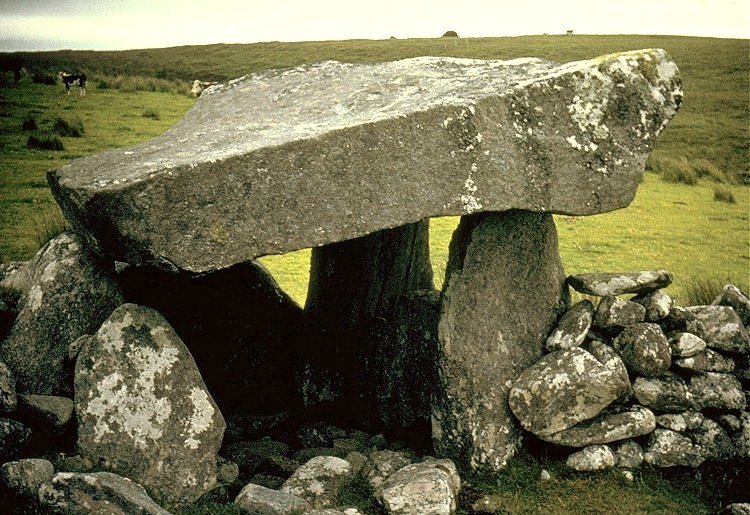 Four photos taken in 2005 by the inimitable Ken Williams. 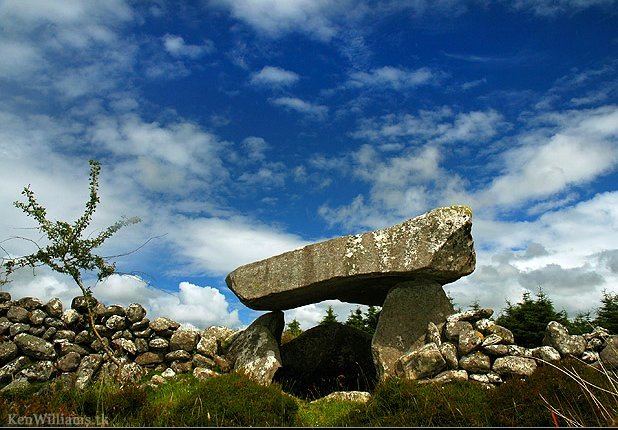 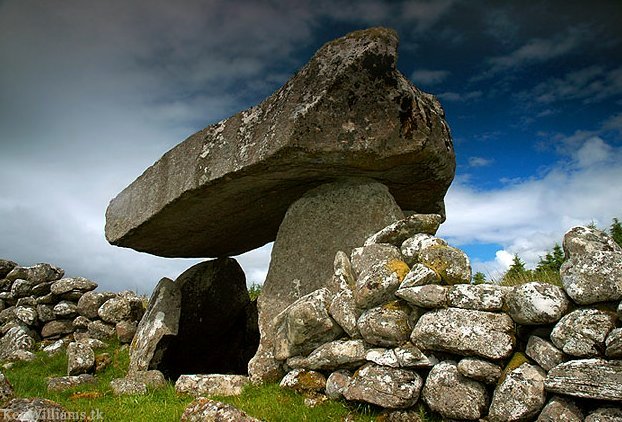 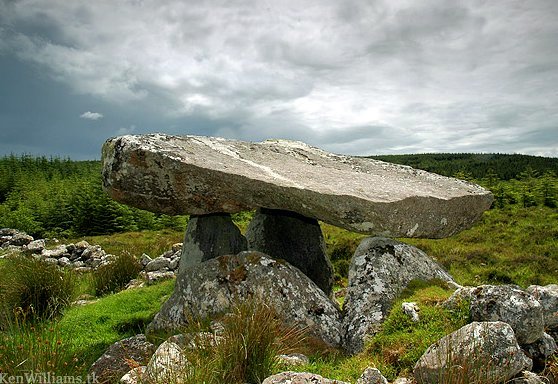 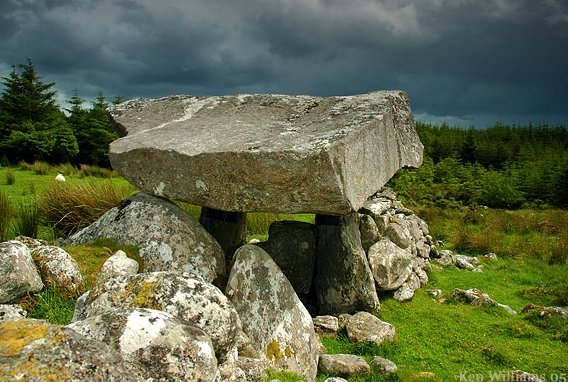