About 800 metres S of the better-known and well-signposted Staigue Fort
and about 100 metres E of a disused bridge (beside which the road bends to the W) is a large outcrop of rock, visible from the bridge.
On it is a fine series of cups and circles and grooves extending for 12 metres along the rock surface. 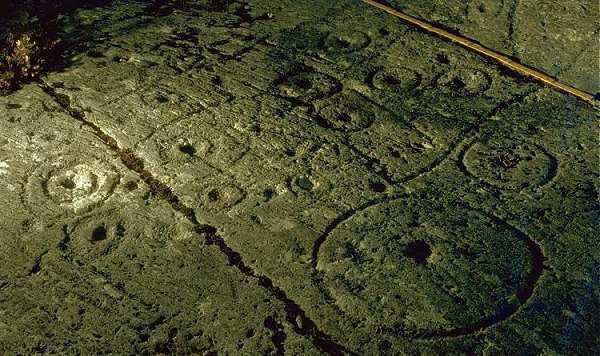 the rule is one metre long 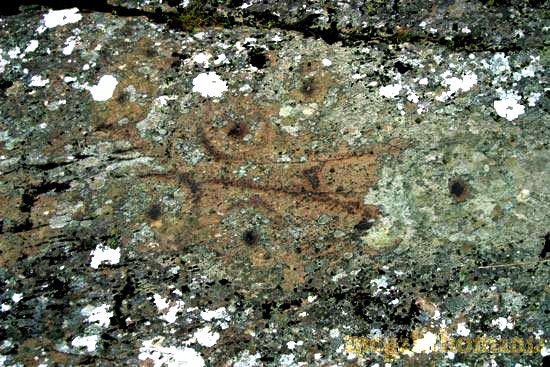 And a fine detail (on another part of the rock) by Ken Williams, taken in May 2008. 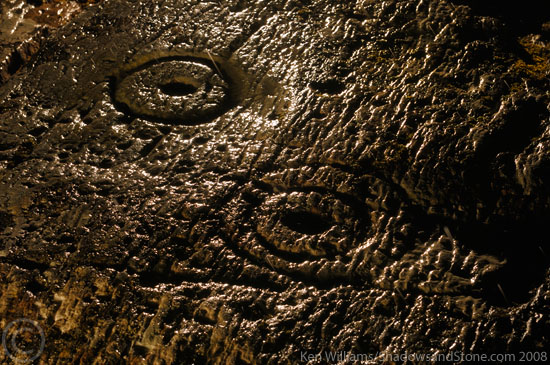