At the top of the Shankill Road is the very fine neo-Romanesque St Matthew's Anglican church
(a far superior building to the dull imitation of Romanesque so dispiritingly displayed by St Anne's Cathedral,
in a city which boasts one of the most hideous public buildings of the entire 19th century: the sub-Mughal/giga-lavatorial City Hall). 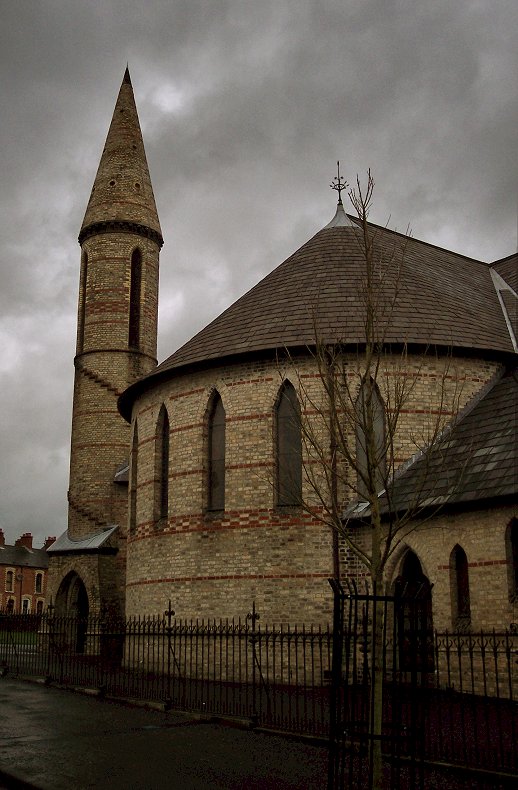 In the alcove to the right of the beautiful doorway is the bullaun stone removed from Shankill Graveyard
farther down the road, and placed on a stone plinth.
It is about 60 cms at its widest, and the bullaun 25 cms. 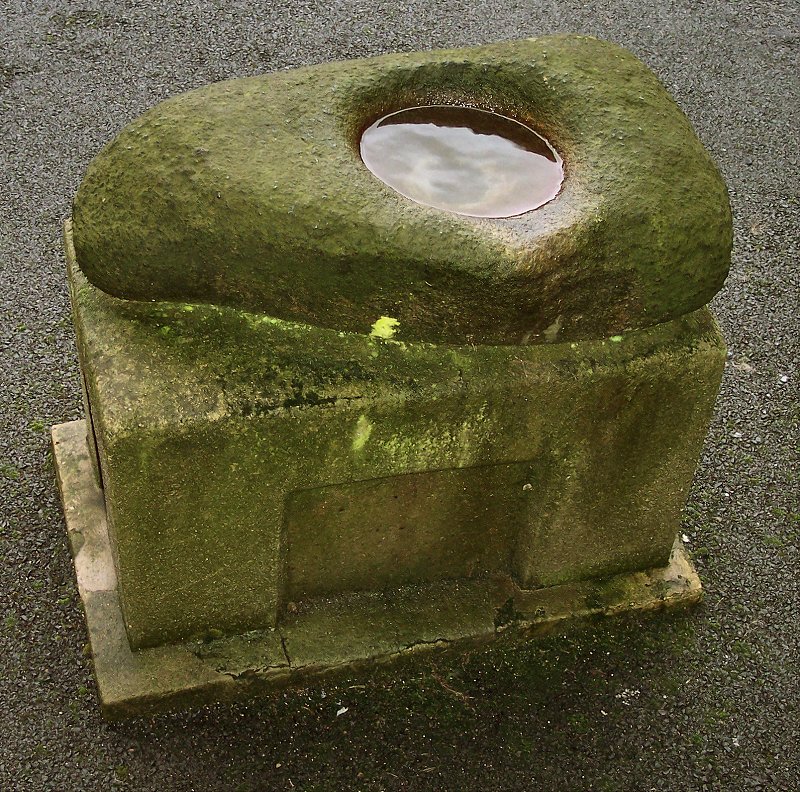 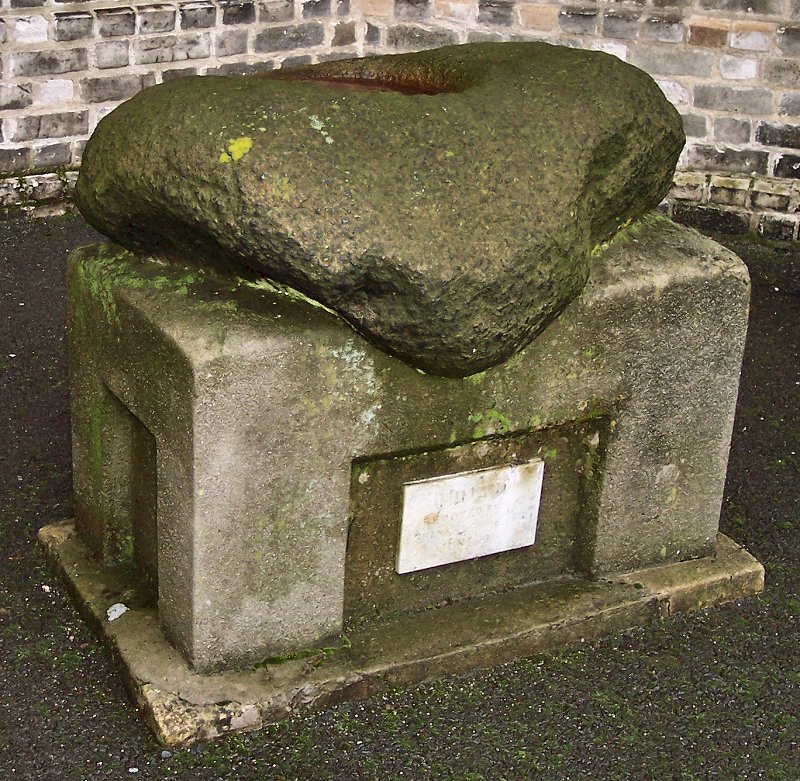