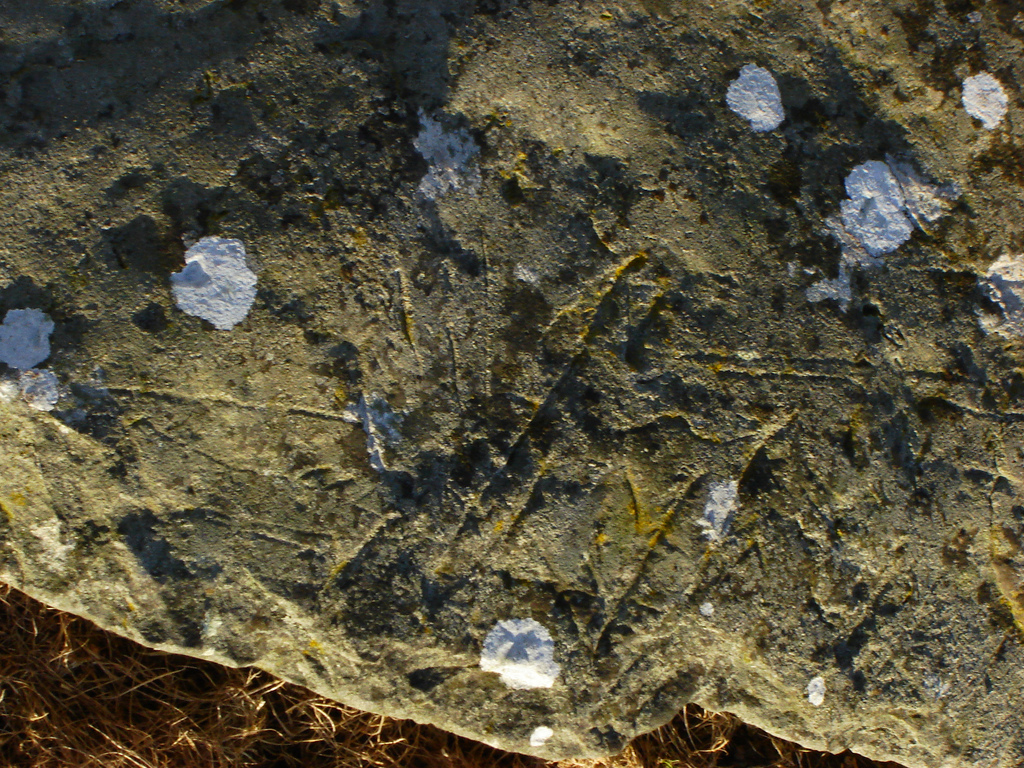 The engravings on the exposed top of one of the buried orthostats,

The photograph below shows the site after its excavation in 1953. It was (and is again) an oval mound
some 25 by 17 metres, aligned North-South, and outlined by standing-stones of which 11 survive
and (the tops of which) can still be seen. No fewer than 64 of the stones had simple ornament pecked on them.
In the centre is a long kist with a paved floor, which was originally roofed, and ran parallel to a dry-stone wall.

This kist-structure was covered by a low mound of shingle sealed by clay, which was, in turn, outlined
and retained by an arc of slabs, many of them decorated on their inner surfaces. This arc was broken
by the dry-stone wall, and at the N end was marked by a kist-like arrangement of stones, open on the N side,
and dubbed 'The Pulpit' by the excavators.

There were also eight small kists, and rows of spherical or oval pebbles - known as bætyls.
A complex and intriguing monument, it was thought to be a 'passage-tomb derivative'
showing competing influences in an area of cultural overlap,
with early Bronze Age kists possibly added later. 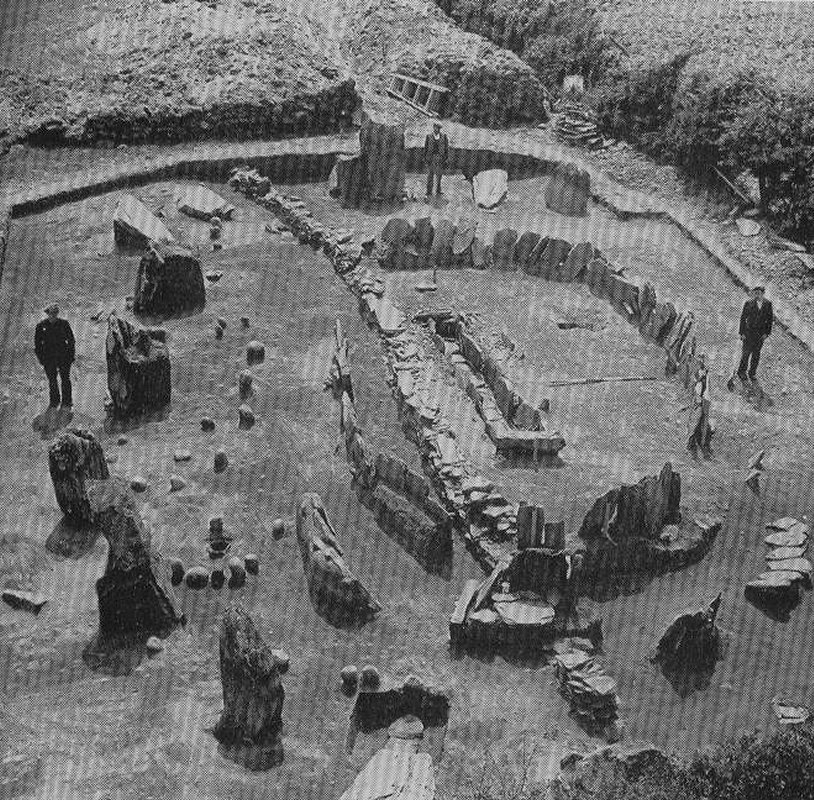 At the S end of the central long kist were neatly-stacked, selected bones of at least 15 bodies, permeated with the ashes of one burnt body.
There were no grave-goods, and the bones had been de-fleshed before being deposited.
The teeth of some of the skulls had been carelessly put in the wrong sockets.
The photograph below shows how skulls and leg-bones were stacked. 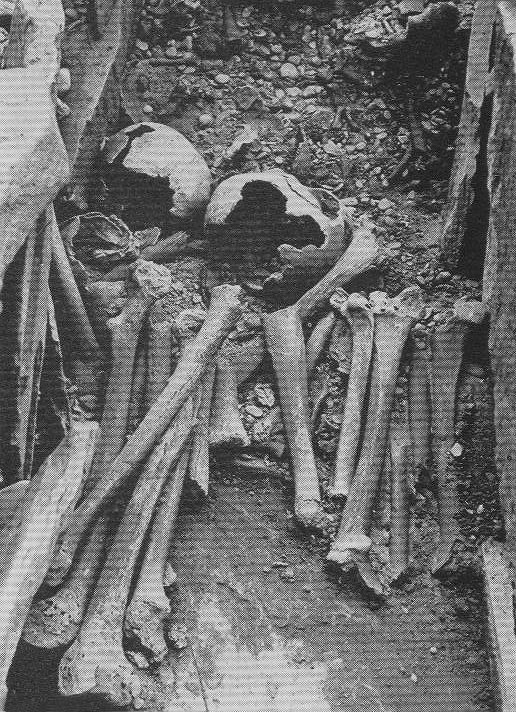