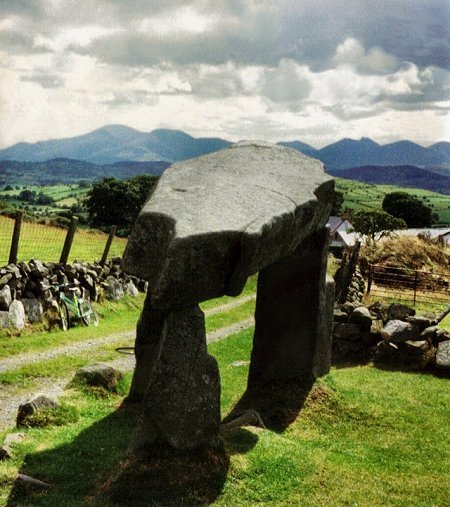 A view from the front showing how the midwinter sun even in late morning shines on the underside of the capstone... 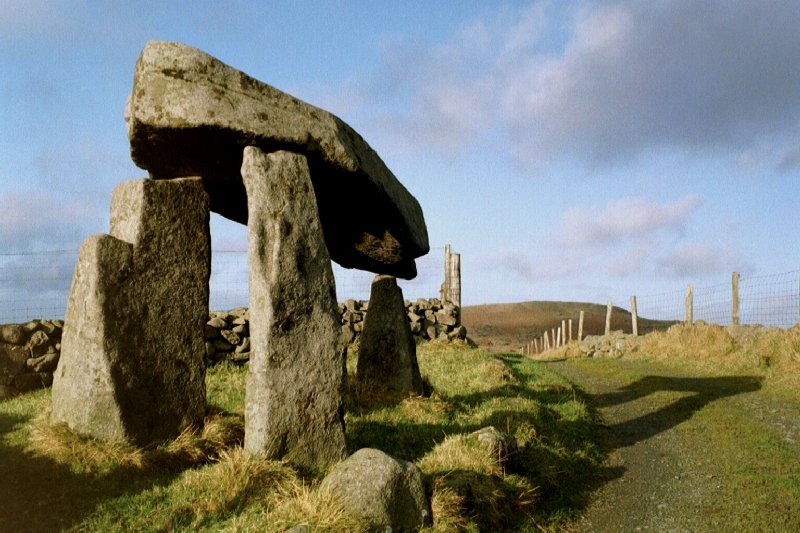 A fine photograph taken by Ken Williams in 2005... 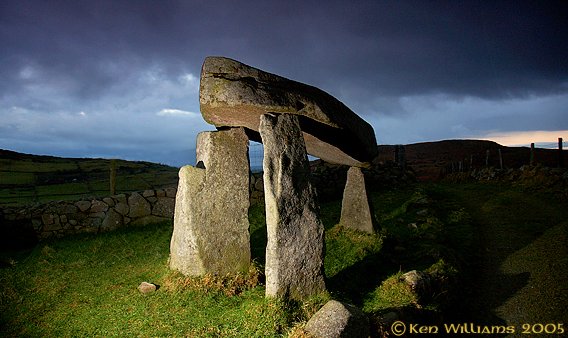 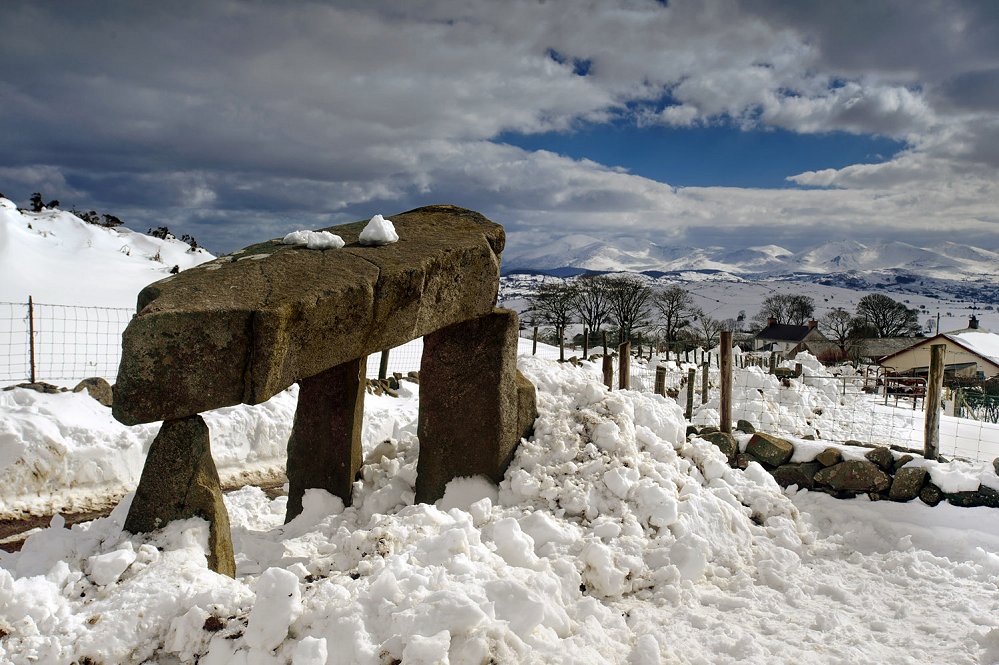 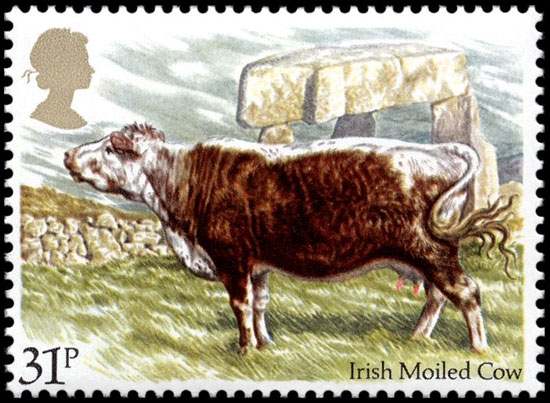 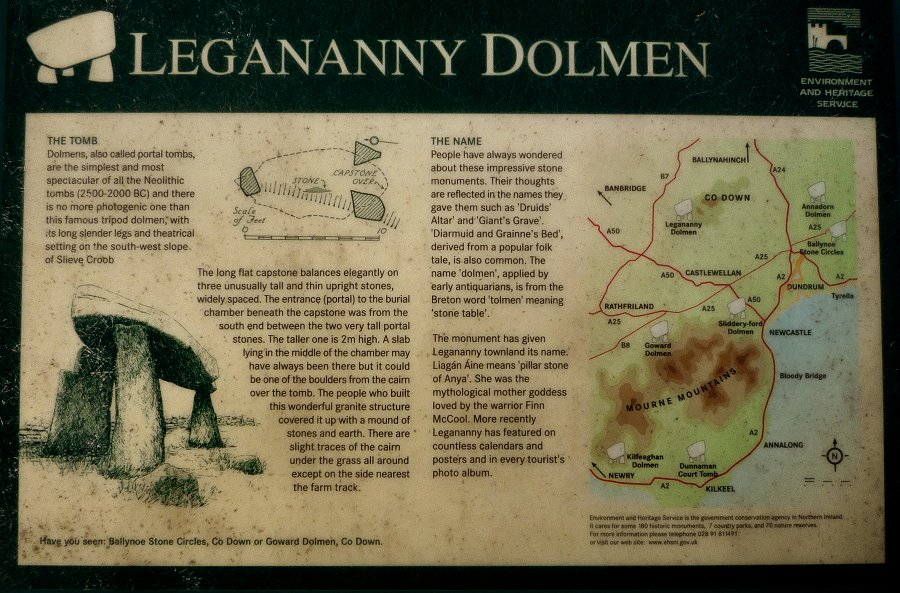 Not far away, at J 303 427 in the same townland, in a small circular monastic enclosure,
is a shouldered cross-pillar from some time before the10th century
which inchoately illustrates a tendency to anthropomorphise some large, early cross-pillars. 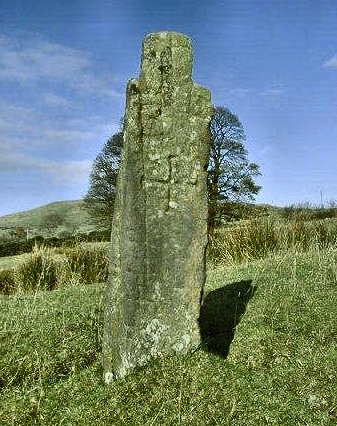