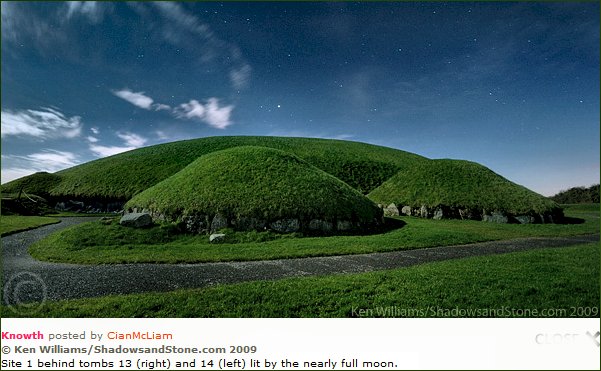 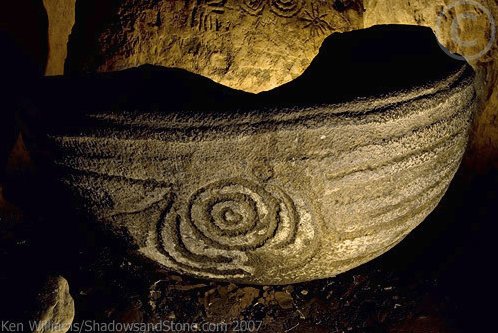 ...and of the chamber of Satellite 16, which also has a basin. 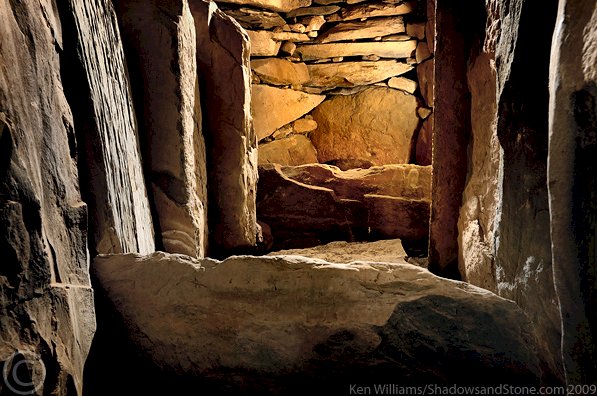 Carvings on the top surface of the capstones of the west passage of the main tomb,
photographed by Ken Williams. 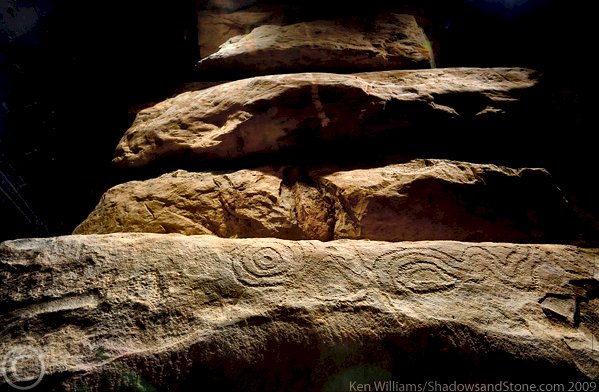 Now part of the crudely neo-Disney Newgrange Experience, Knowth has some wonderful carvings on its kerbstones
(as well as in its chambers), some of which may be of astronomical or topographical significance. 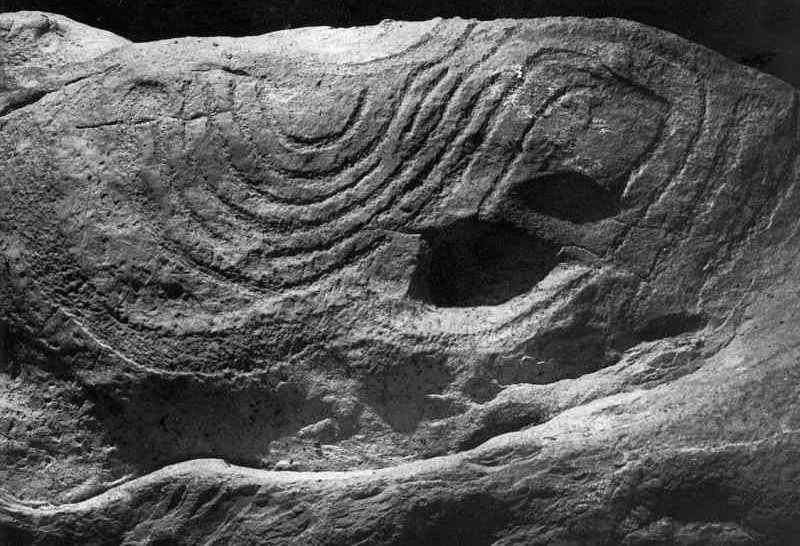 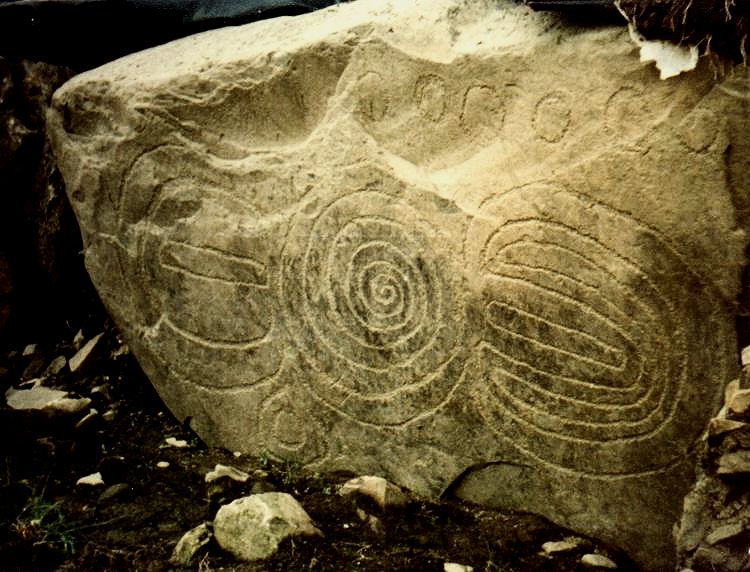 These pictures were taken during excavation. 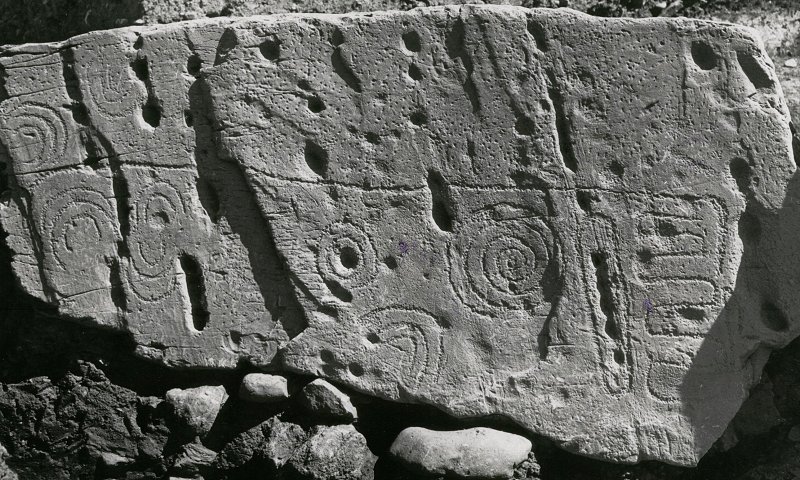 The 'Sun-dial' kerbstone, beautifully photographed by Ken WilliamsThis stone is unlikely to have been an actual sun-dial. 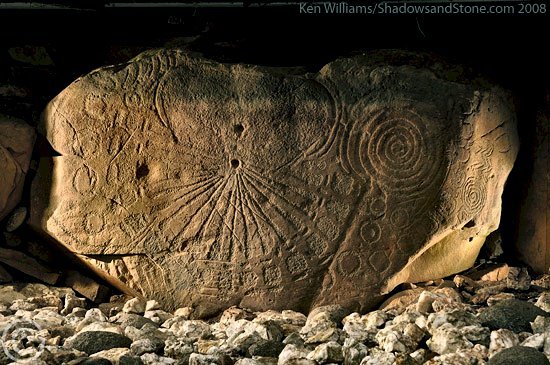 The following pictures were taken in 2004 by Tom FourWinds 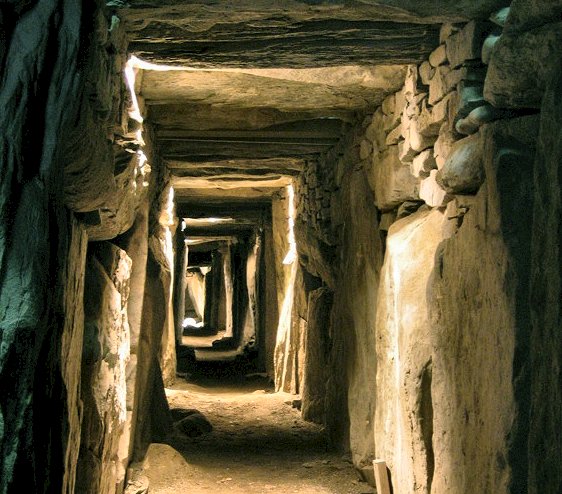 The entrance to a smaller mound. 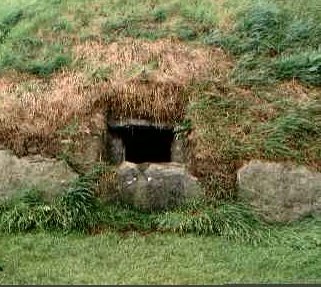 The timber circle outside the East passage of the main mound. 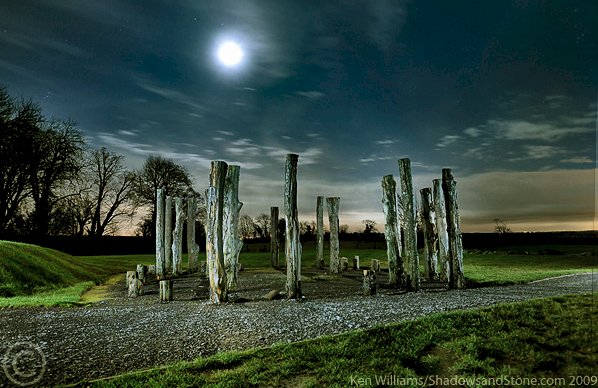 The beautiful anthropomorphic marble mace-head
on display under glass - resting on fragments of bone. 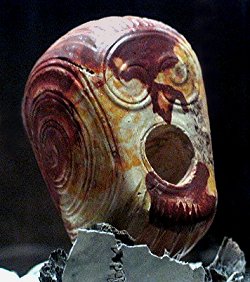