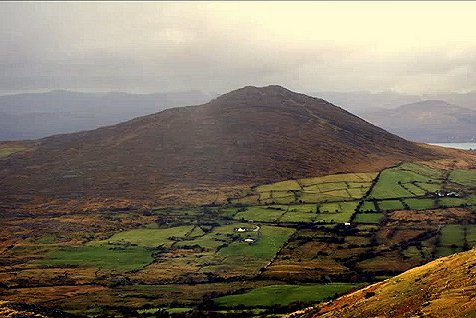 The site is most easily approached from Lauragh and a track, and then N up the Glanrastel valley,
"passing a great number of archæological remains, including prehistoric fulachta fíadh and standing stones, and hut sites of various ages.
Coming closer to Pluais na Scríob the hillside gets steeper. Sheer rock walls shape the rough landscape and streams of water cut through the overgrown bog landscape.
Without knowing what to look for, it would be easily to pass by the site. (Anneli O'Neill) 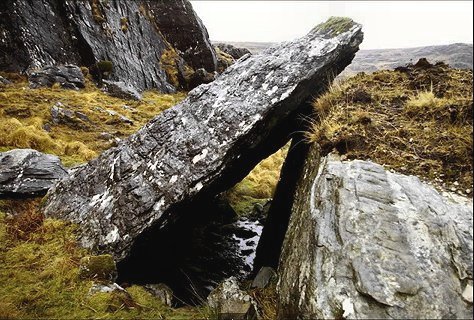 The rock scribings are described thus in the Archæological Inventory of Kerry :

In rough hill pasture, on the SE-facing slope of Cummeenbaun Mountain.

A large upright slab (c. 8m x c. 5m x c. 1m) leans against a large roughly cuboid-shaped boulder
(L c. 12m E-W; Wth c. 4m N-S; H c. 3m)
forming a shelter that can be entered from either the E or W sides.
The relatively smooth vertical N face of the boulder is inscribed with clusters of straight lines,
which extend from 0.3 to 2.2m above ground level and cover an area 5.8m x 1.9m.
Most of the inscribed lines (L 0.04-0.15m) are vertical and are frequently grouped by horizontal or diagonal lines scored across them.
The inscriptions are too numerous to count and appear to havebeen created with V-shaped tools to depths of 1-4mm.
This is known locally as 'Pluais na Scríob' (The Cave of Inscriptions). (Grant 1999, 18-21)

The pictures below are taken from a video made by Neil Johnston of Lauragh,
who very kindly drew my attention to the petroglyphs. 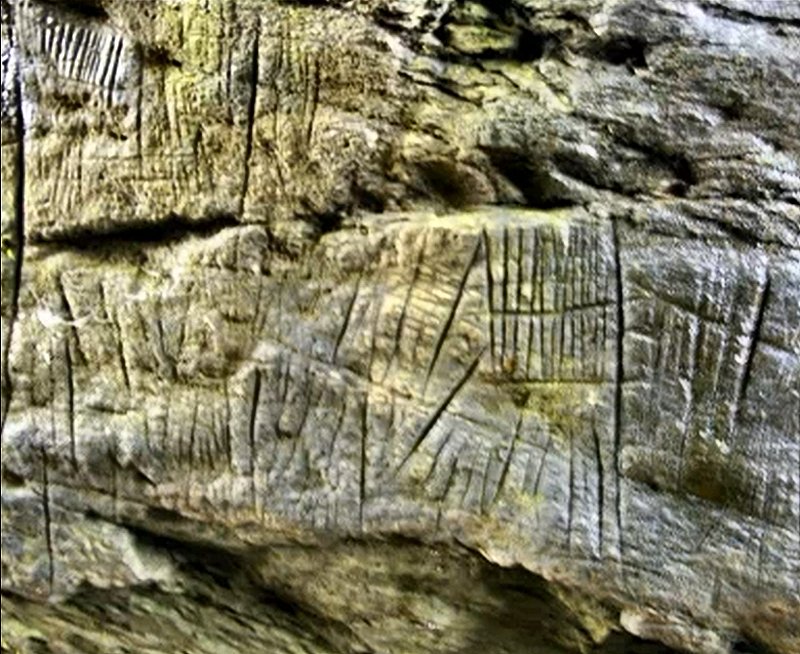 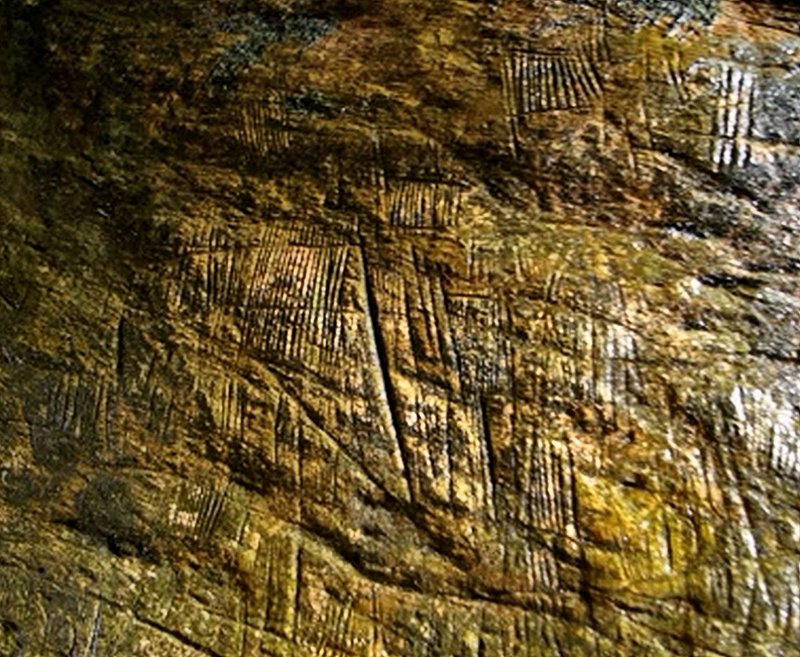 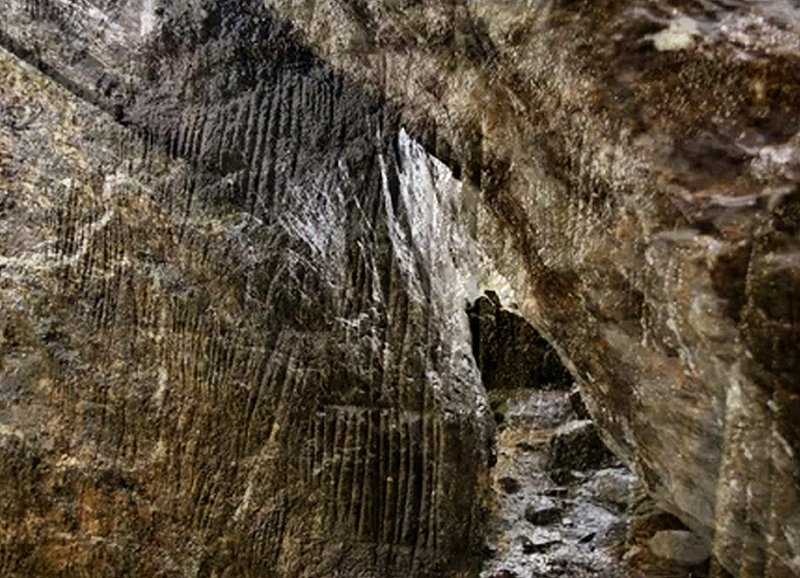 These marvellous groovings are related to the sadly-weathered and defaced ones at Tinure in county Louth,
and almost certainly pre-date the more elaborate petroglyphs of the area.

The idea that these (and vaguely-similar petroglyphs in North America) are "primitive ogam"
is patently ridiculous. 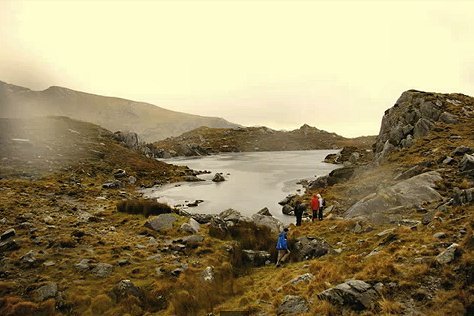