The Derrynablaha rocks are to be found 1.5 km E of Lough Brin,
scattered over a wide area to the E and W of the road through the beautiful Ballaghabeama Gap,
and surrounding the only inhabited house (in 1975) for miles, are over 20 decorated rocks.
They are very difficult to find on the boulder-strewn hillside,
but perhaps the easiest to locate are those at V 762 774,
found by following the S branch of a stream from the bridge about 300 metres S of the abovementioned farmhouse,
then up the hillside for about 400 metres. 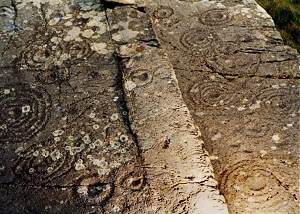 The photos below were taken 26 years later by Ian Thompson in January 2005.
The rod is one metre long. 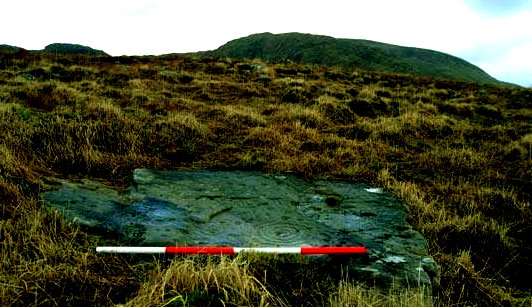 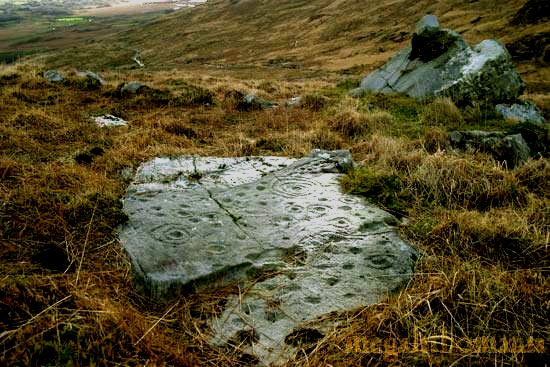 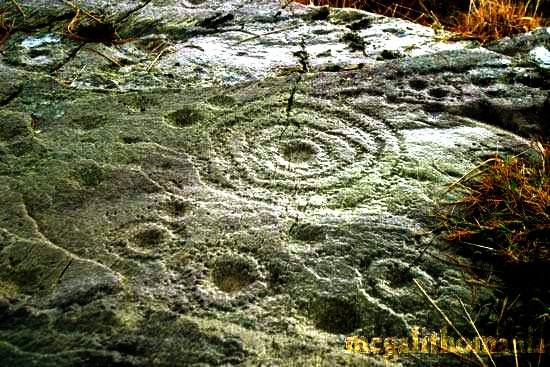 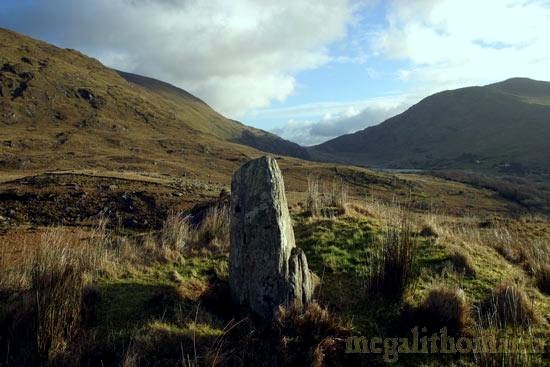 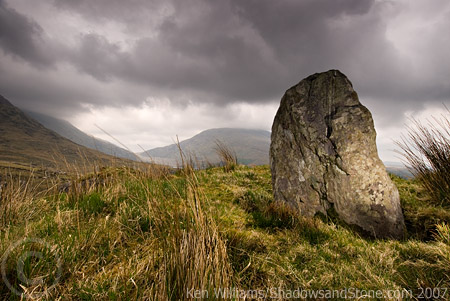 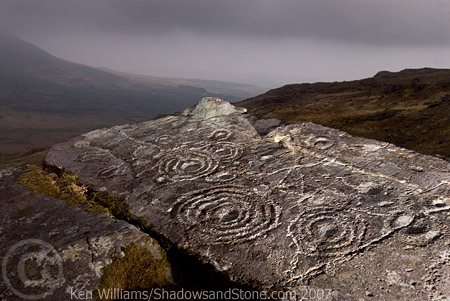 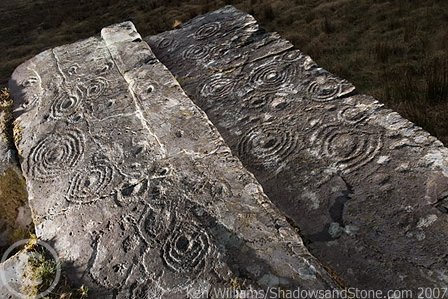 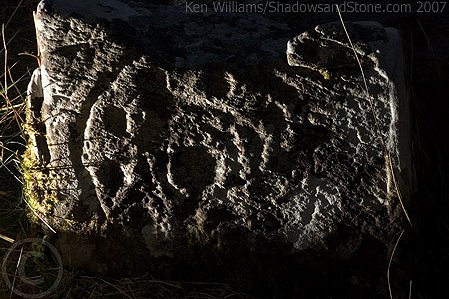 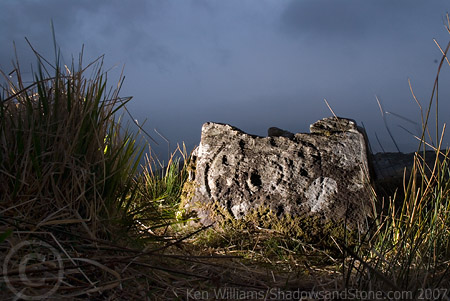 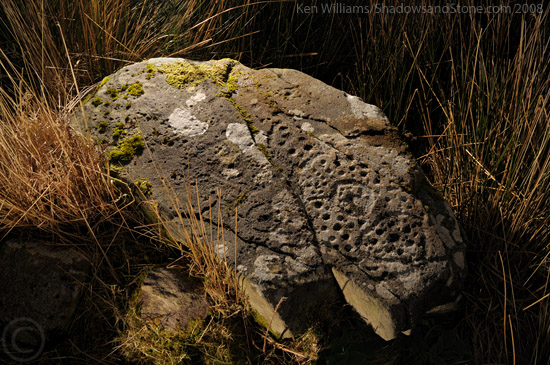 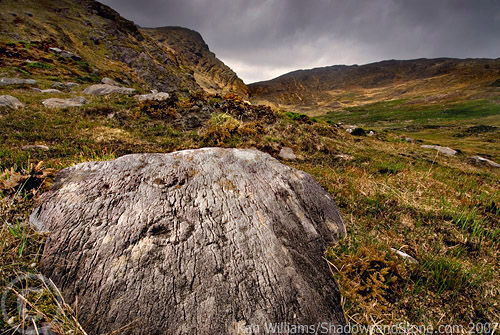 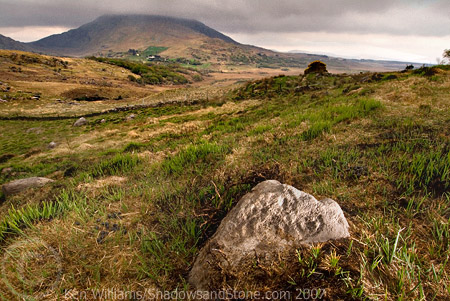 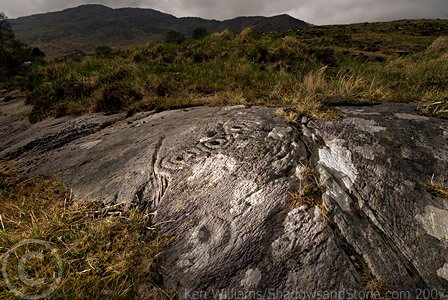 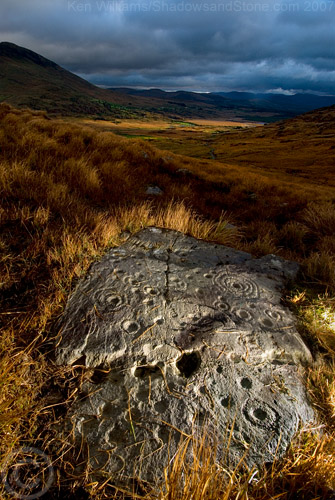 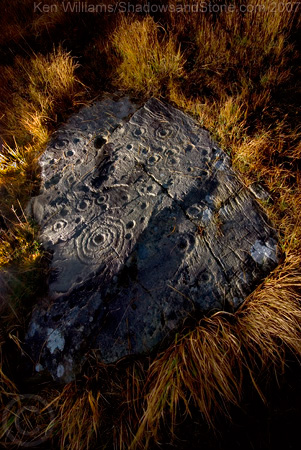 Even if the engravings are difficult to distinguish amongst the lichen, the views are spectacular. 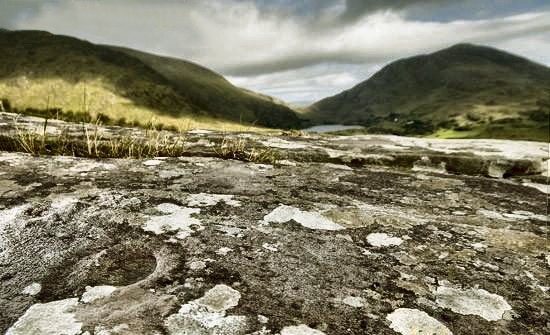 The pictures below (of the same rock) were taken in June 2009. 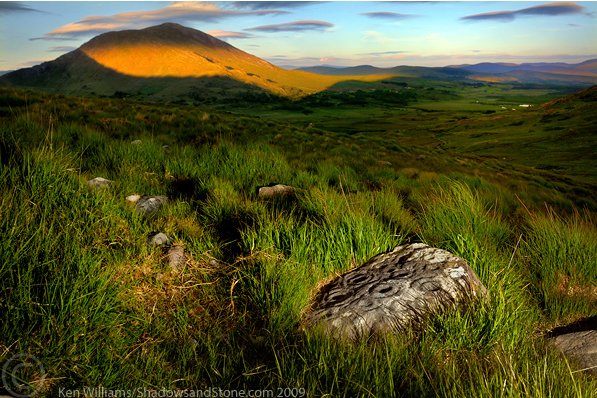 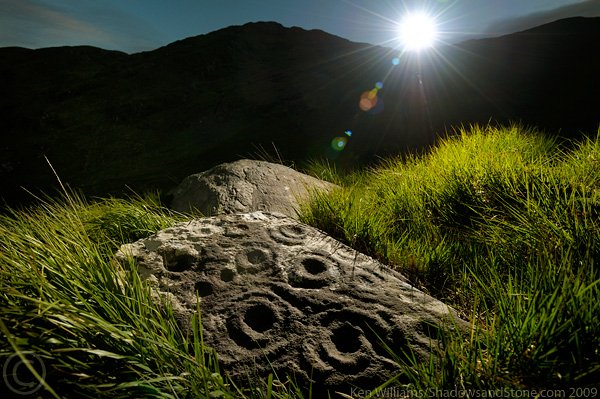 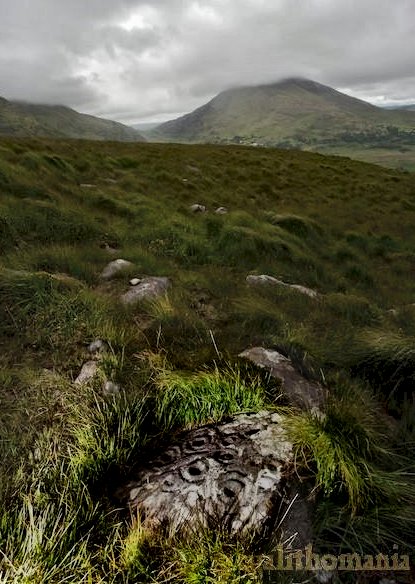 There are more petroglyphs nearby in the townland of
Derreeny.