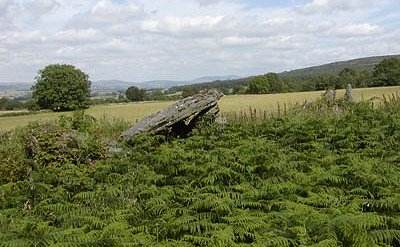 Bracken overgrowing the site in 2003. 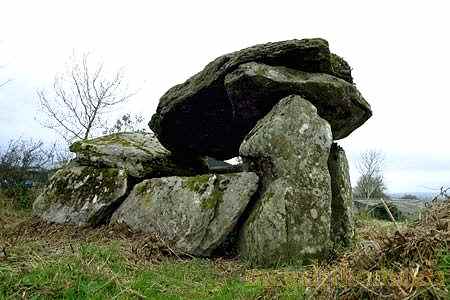 A long cairn (scattered as is much of Ireland with agricultural refuse) has at its West end a picturesque
and unusual double portal-tomb (The Cloghogle) roofed with two lintels and two roofstones -
both of which have several cup-marks (or natural solution-pits).
The excavator thought that a subsidiary tomb had been built against a primary one.
At the E end of the cairn is another portal-tomb, roofless, with a high sill-stone and tall portal-stones.
Near the W end of the cairn is a small rectangular block of stone with criss-cross grooves on its upper horizontal surface. 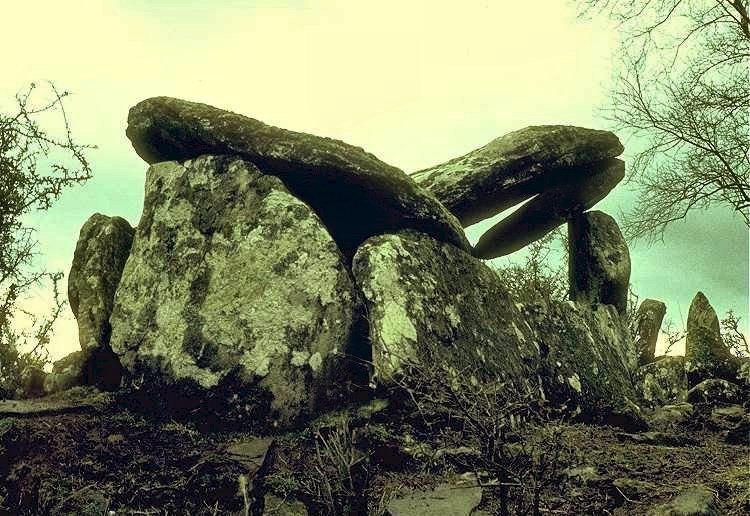