Together with three other mask-heads attacked by monsters on the East window
this magnificent late-Romanesque, feline, Gorgon-mask spews snakes from its toothy mouth
which intertwine with other snakes and bite the head's neck.
The other two snakes emanate from the mouths of flanking monsters to bite their necks.
It is beautifully, if grotesquely, symmetrical. 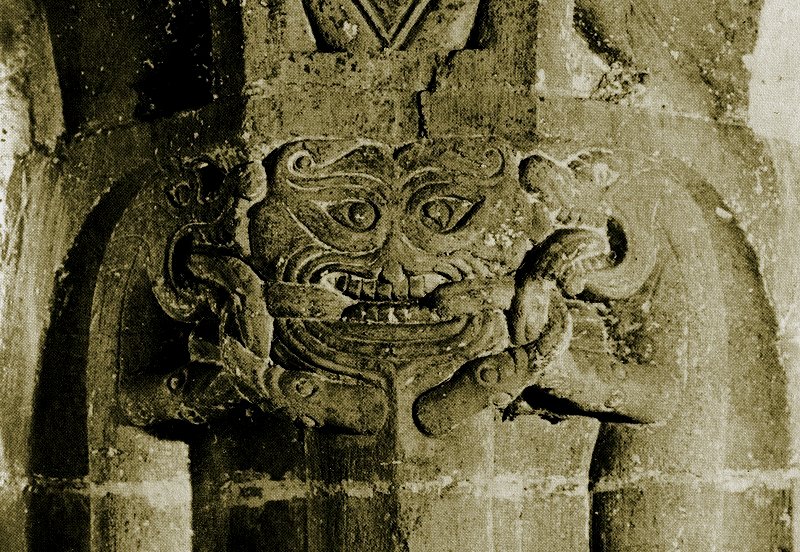 It may well be by the same team of sculptors who carved this well-known capital at Melbourne (Derbyshire),
here photographed by Tina Negus.
It is an acrobatic female spewing tendrils, sometimes mistaken for an exhibitionist.
The tendrils probably represent breath or speech, hence blasphemy, calumny, false witness, etc.
(I know of no exhibitionist foliage- or tendril-spewer.)
The chevrons most likely represent wrinkles or even ribs.
Acrobats were condemned by the church as unnatural.

Compare with this representation at Tarragona of the ungenerous wealthy man with his moneybag -
an amazing treatment of Avaritia which links that motif with tongue-stickers, mouth-pullers and Gorgons. 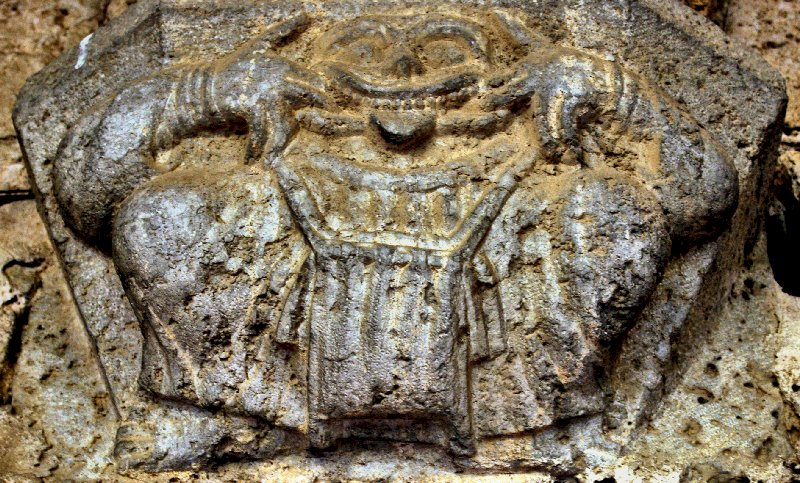 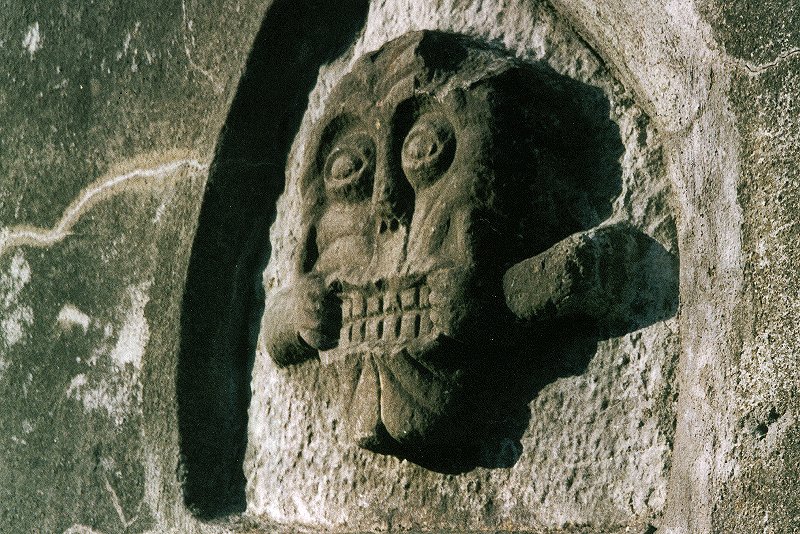 A capital at Rétaud (Charente), where the Gorgon face is framed by hair bound into something like fasces
indicating that this tongue-sticker is connected with Luxuria. 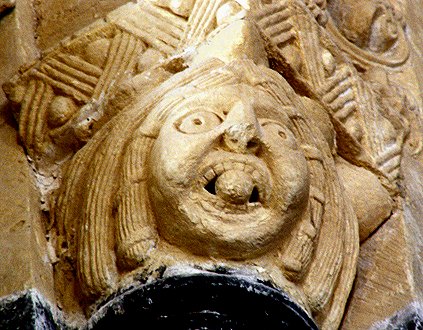 Detail of the Gorgoneion in the Archæological Museum, Corfu, Greece.

more tongue-stickers and a discussion of the motif >