The more famous of the statues (marked Carved Stones on the map) in Caldragh graveyard
is a double-sided figure of two beings in typical 'Celtic' squatting mode, carved back-to-back,
the E side being male with a pointed penis beneath the stylised crossed arms (all carved in high relief),
and the W side being female, with a protruding tongue.
There is incised zig-zag decoration between the two heads, which may represent hair,
and both figures have a band or belt at the base of the torsos. 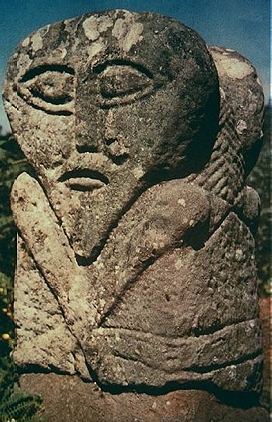 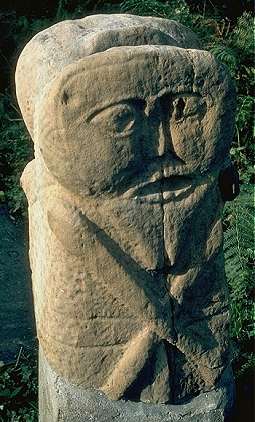 The female side before cleaning and the male side after cleaning.

An enlargement of the male side. 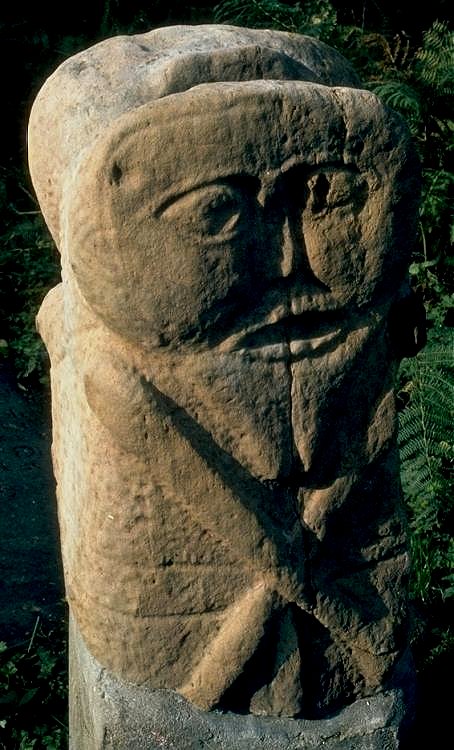 The other, smaller, statue (which is probably complete) came from Lusty More Island close by,
and was perversely known as The Lusty Man even though it is genderless.
The fact that only one eye is fully carved suggests that it may represent the Badhbha or Divine Hag,
who latterly became the Caillech Bhéarra, and, like the Norse sky-god Odin, was blind in the left eye.
The name Boa is an anglicisation of her name. This statue is carved in light relief, and the figure seems to be holding something.
The protruding tongue of this figure and the W side of the larger statue is a symbol of divinity (cf also the Greek Gorgons)
also associated with Odin, and in mediæval times became a symbol of concupiscence or lust.

The fragment on the right (below) was found on Lusty More Island in 2003
and brought to Boa Island. The fingers you see here are the ends of the arms of the female side
of the double figure (top left).

It looks as if the 'Boa Island Figure' was originally with 'The Lusty Man' on Lusty More Island.

Compare these Irish figures with a Mongolian statue in the Gobi Desert, several thousand kilometres to the East. 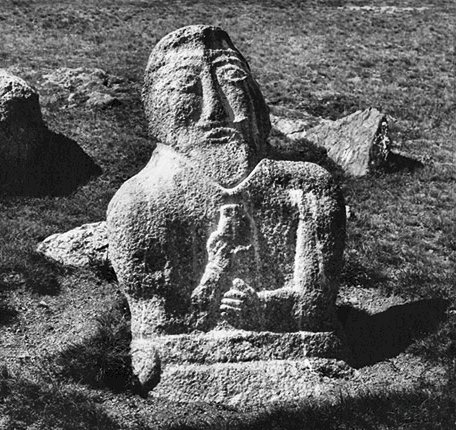 Compare also with the double Hermes in Athens. 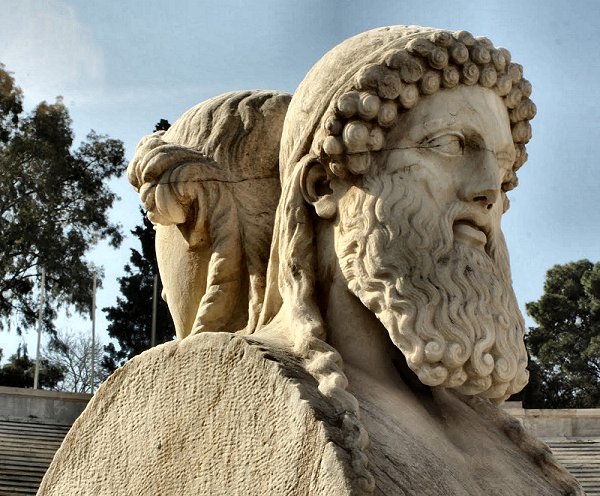 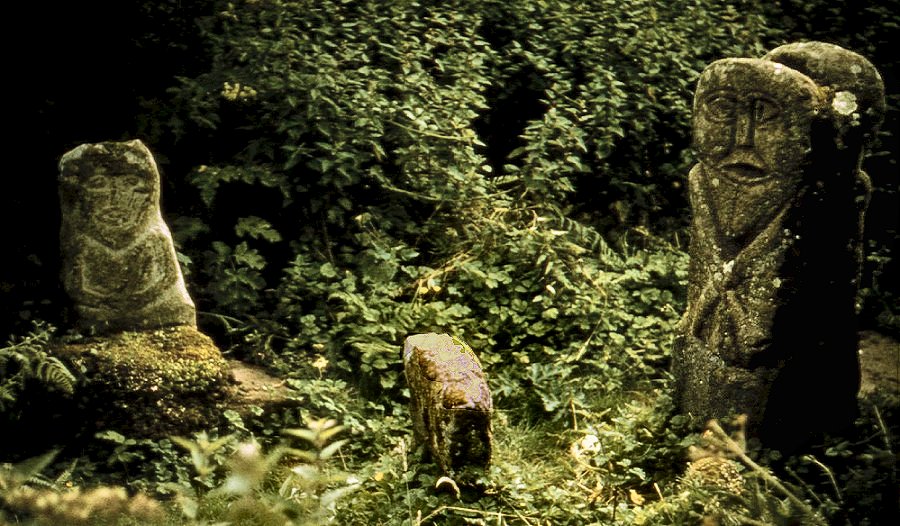 And a photograph from 2010 showing the female side of two-sided statue, tent-protected. 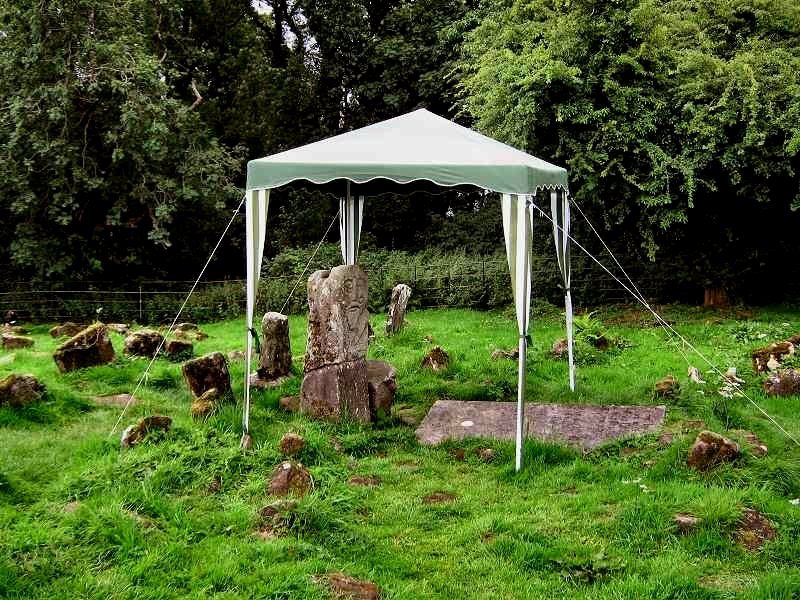 In recent years, visitors have started to leave money in the groove between the back-to-back figures.