There are at least three dolmens in the woods some 2 kms NNE of the centre of Château-Larcher, some 20 km S of Poitiers.
The village also has a fine Romanesque Lanterne des Morts, in the 'belfry' of which a fire was lit on All Souls Eve (31st October),
a tradition recalling Zoroastrian practice.

The 11th century church (fortified during the 100 Years' War) has a fine12th century façade
which includes a restored doorway featuring back-to-back beasts, monsters and a corbel-table
one of whose carvings depicts a monkey playing pan-pipes : a condemnation of secular entertainments.

In the village, follow the DOLMEN sign and proceed about 1 km, where a broad track crosses the road.
Here there is a piece of the local decayed and perforated limestone with DOLMEN painted on it,
but the inscription at least may well be invisible, as in the photo below ! 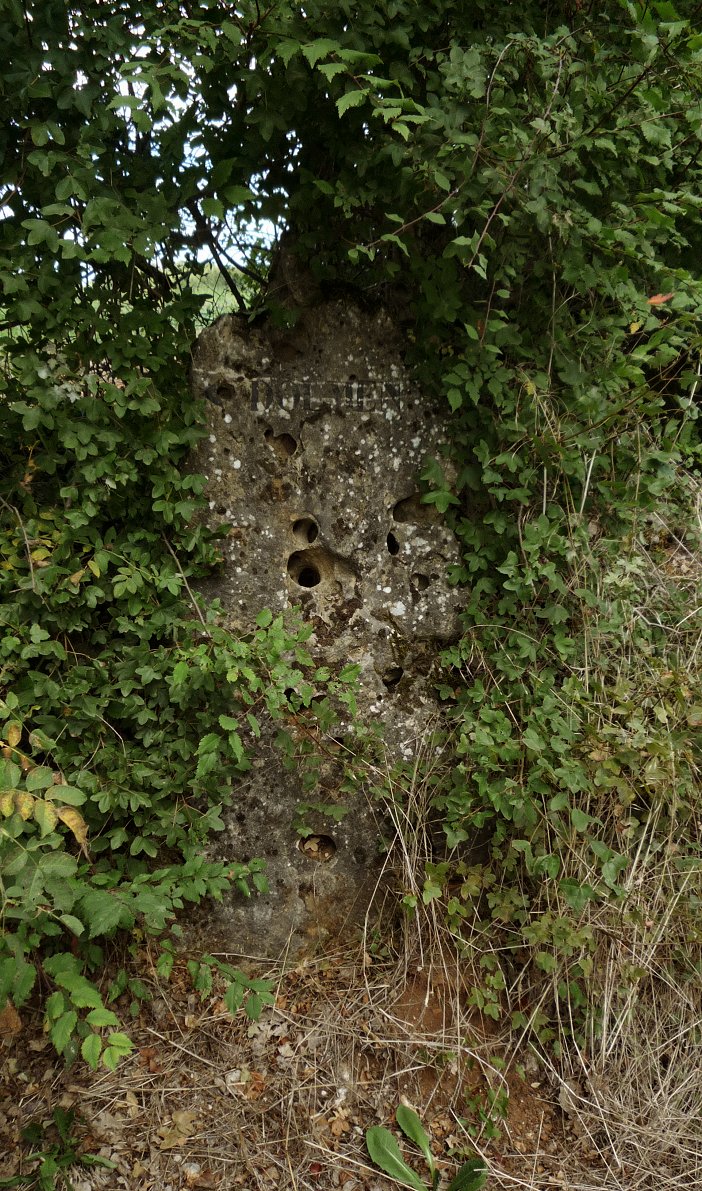 Turn left, and proceed about 800 metres,
until just before the end of the tall game fence, where you can see the dolmen across a clearing.
There is an information board. 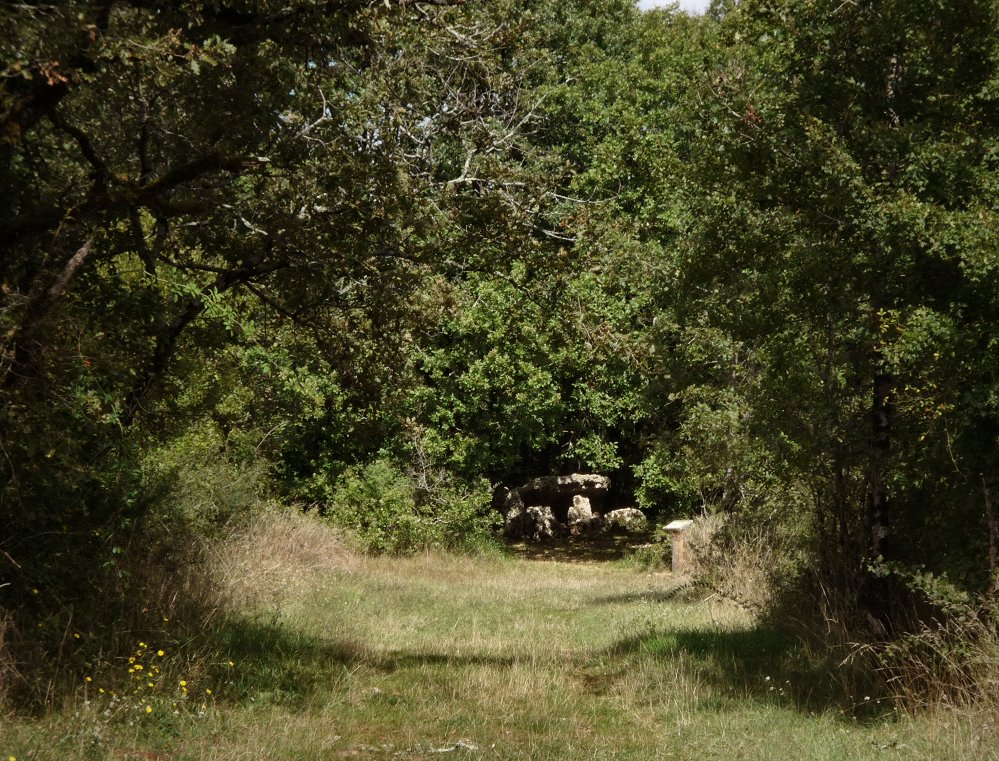 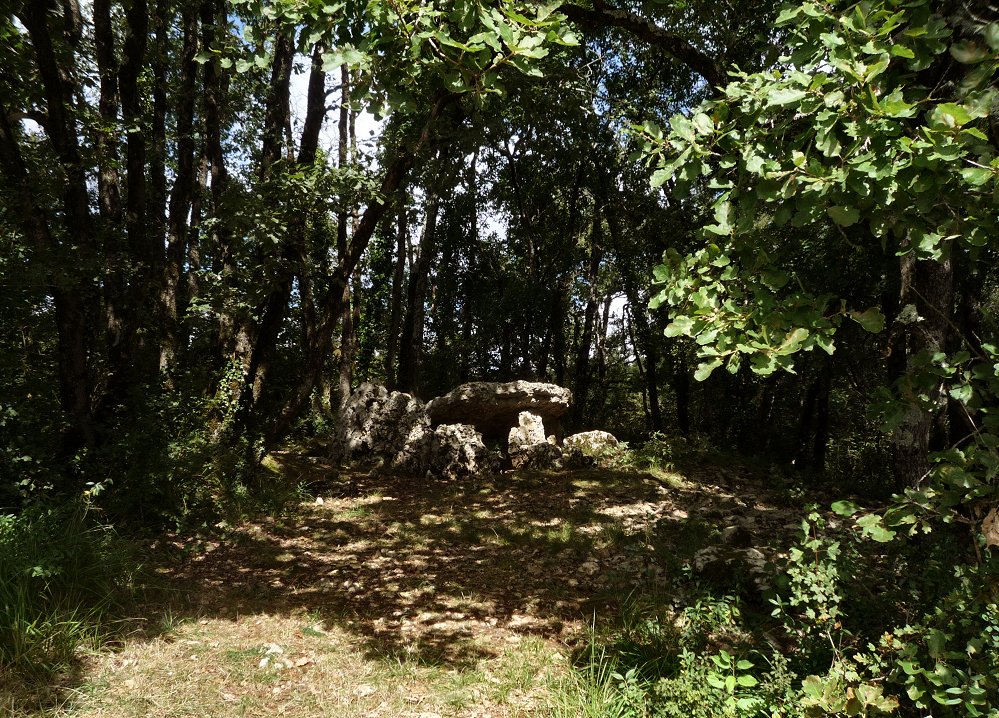 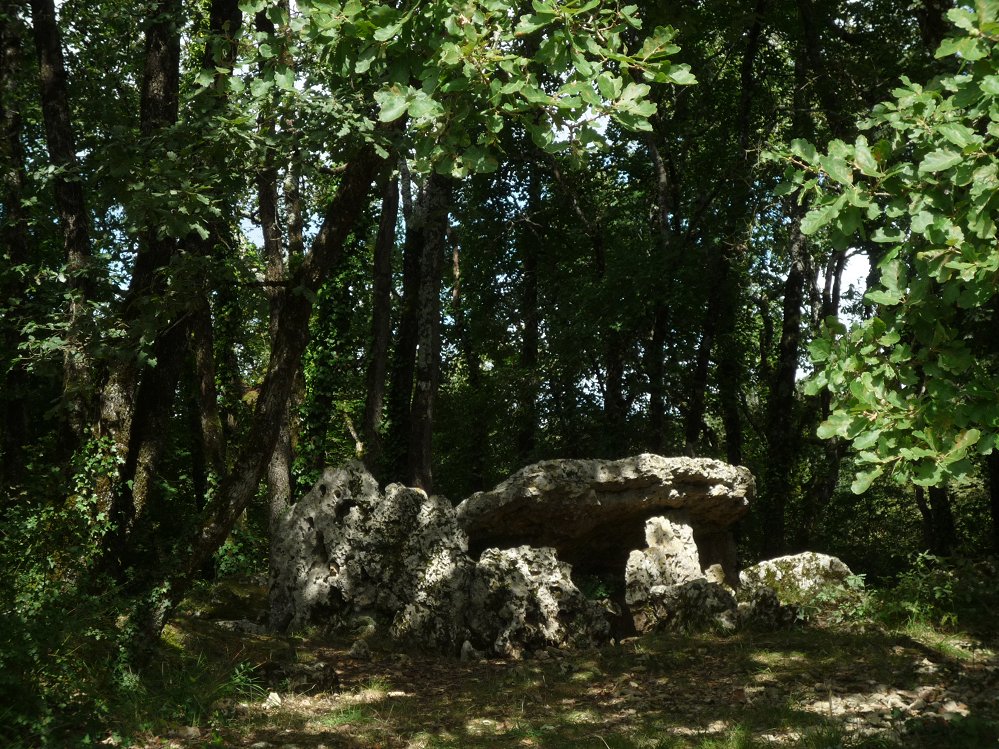 Le dolmen d'Arlait no.1 from the front. 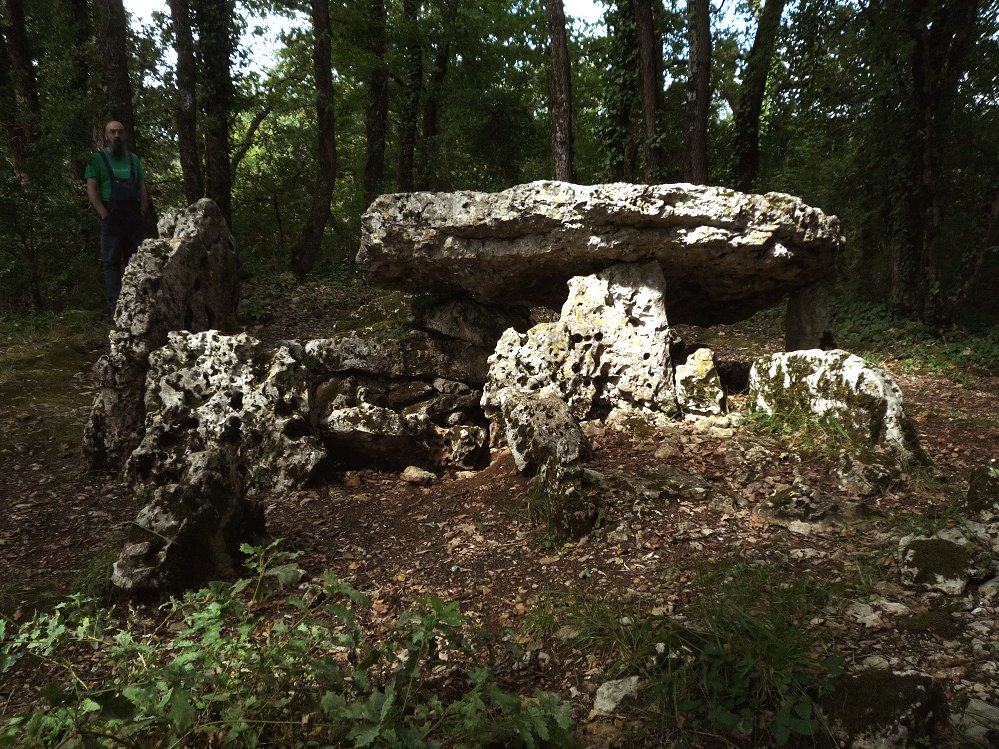 The door-stone - a marvellous slab of decayed limestone - from behind. 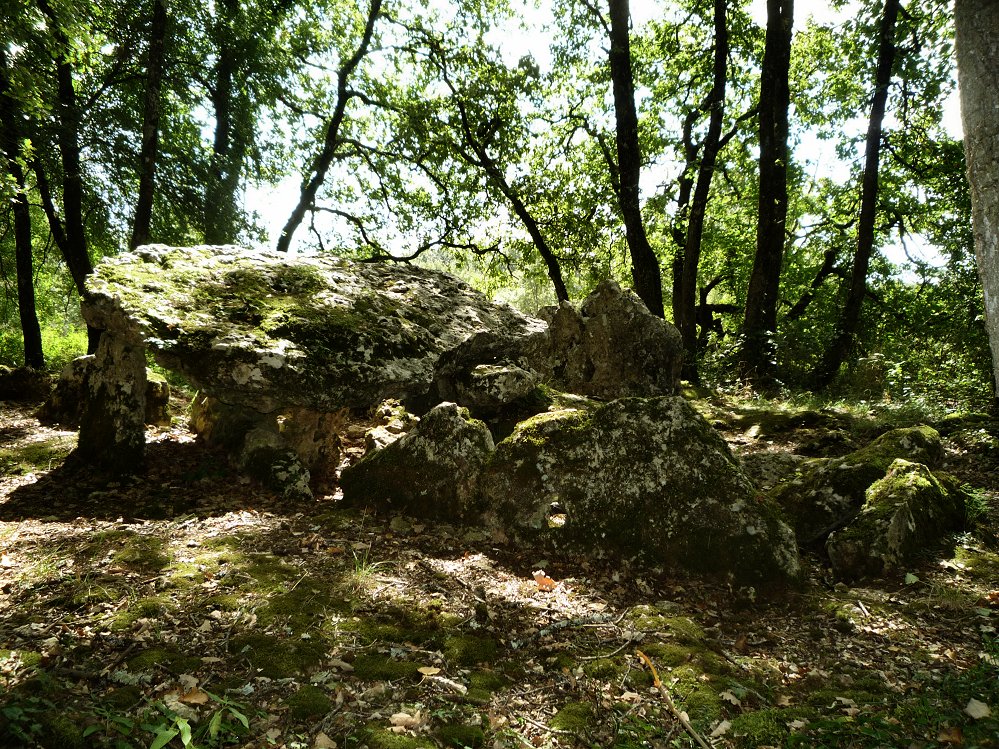 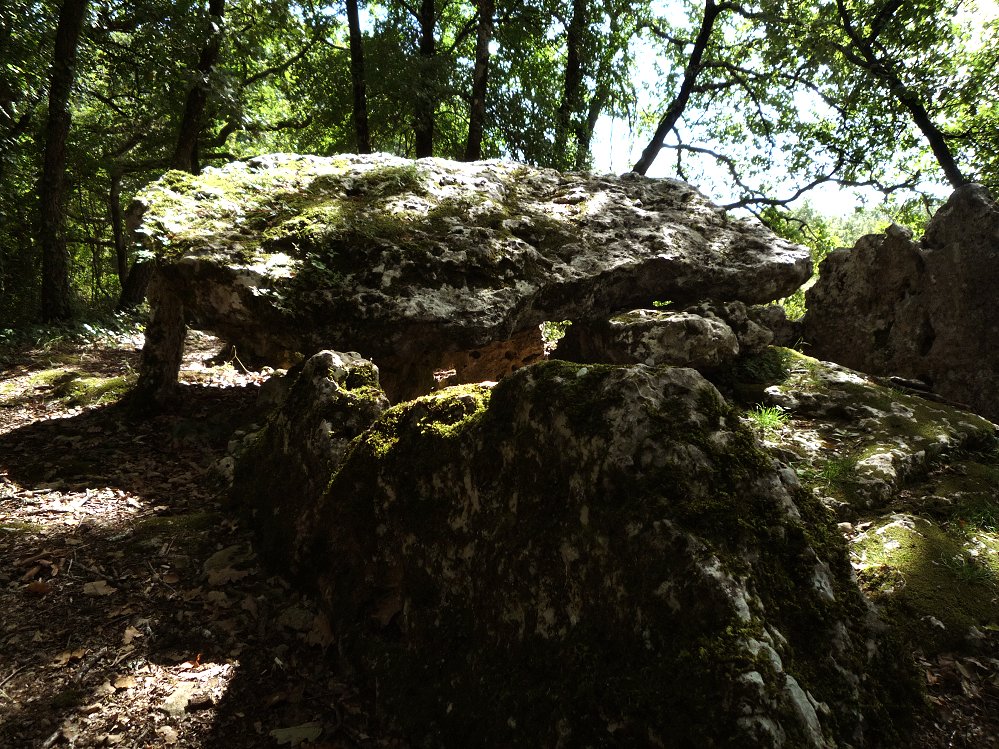